Global Pandemic Map proves its worth with Covid-19 outbreak 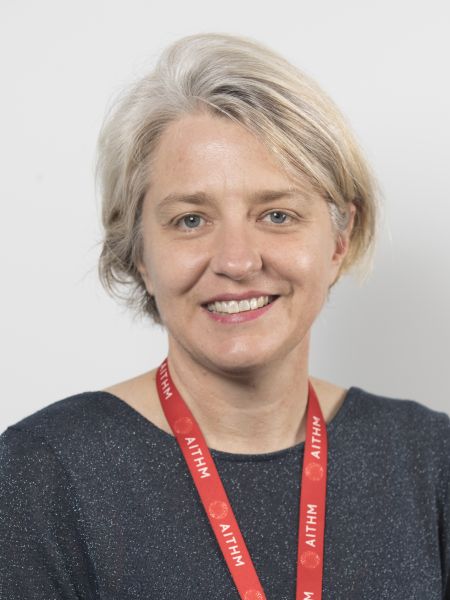 An interactive pandemic mapping tool developed by AITHM researchers that shows the risk of an infectious disease spreading around the world based on travel patterns is among resources used by health authorities in Australia to model the spread of COVID-19 and shut borders.

Prof Emma McBryde, Professorial Research Fellow in Infectious Diseases and Epidemiology at AITHM, led the team of modelers that developed the Global Pandemic Map (pandemic.org.au). The online tool is used to predict how quickly and where an emerging epidemic caused by a virus or pathogen will spread from a source country to other nations around the globe. It can be programmed for different diseases by varying factors like the incubation period, rate of infection and death rates and can also show how travel restrictions will slow the spread.

Since the start of the COVID-19 outbreak, Prof McBryde says she has been working with a group of Australian modelers who are in virtual contact with bodies such as the Communicable Diseases Network Australia as well as with a consortium of international modelers who meet online to ensure they are up to date on the latest developments.

Information from the modelling tool was fed to DFAT and the Australian Health Protection Principal Committee (AHPPC), a decision-making committee for health emergencies comprised of all state and territory Chief Health Officers and chaired by the Australian Chief Medical Officer. Prof McBryde says: ‘I do know that information was being sent to the decision makers on practically a daily basis through the latter half of February. And many of the decisions about closures were made… with this model and the travel data being a big part of the decision making.’  It fed into Australia’s ‘decision to restrict flights to and from Italy and South Korea and following that the whole world.’

The pandemic.org.au tool was originally prepared to map the risk of Ebola and similar diseases spreading in the Pacific region, according to Prof McBryde. The tool was a spin off from an initiative between northern Australia and five Pacific nations, funded by a $1.8M grant from the Indo-Pacific Centre for Health Security of Australia’s Department of Foreign Affairs and Trade (DFAT).

She explains: ‘I was given a contract with DFAT to look at risk of Ebola to the Asia Pacific region. And part of that was risk of importation of cases from western Africa. But another part was looking at if it does get imported, how prepared are these countries to control Ebola? So it is a layered quantitative risk assessment with flight data for importation risk and transmission models to determine whether or not Ebola would establish itself. But it also had a very important social sciences component where experts in that area of health systems and health systems preparedness advised us, based on their knowledge of the countries that we were looking at, what their capacity would be to conduct surveillance, to quarantine people, to the number of isolation beds, their hospitals per capita, essentially the country preparedness.

The animated Global Pandemic Map can be used by health authorities, government officials or the public to determine the risk of an early outbreak in an emerging pandemic. Professor McBryde says behind the scenes is a travel matrix using flight data from OAG, the leading source of air travel intelligence and analytics, plus a simple estimate of land travel between different countries. The modelling tool ‘seeds the infection into different countries around the world based on how connected they are with the countries that already have the virus ‘At the same time it updates how the virus is spreading in every country.’

Inputting information for a disease with the parameters of Covid-19 spreading from China, the tool showed that within three weeks the disease has spread to Australia, Indonesia, the United Kingdom and United States and other countries which all now have a high incidence of the disease. It also showed the gaps in reporting in places like Indonesia, where the model predicted the pandemic would spread early, but where the government delayed notifying its citizens and the world about the outbreak.

Prof McBryde intends refining the tool with real time air flight information so it can reflect the situation moment to moment.  ‘But the next step is going to be who we can reopen travel to. If we can get on top of this, we need to use the tool again to say: well what are we going to do when we break back into normality.’