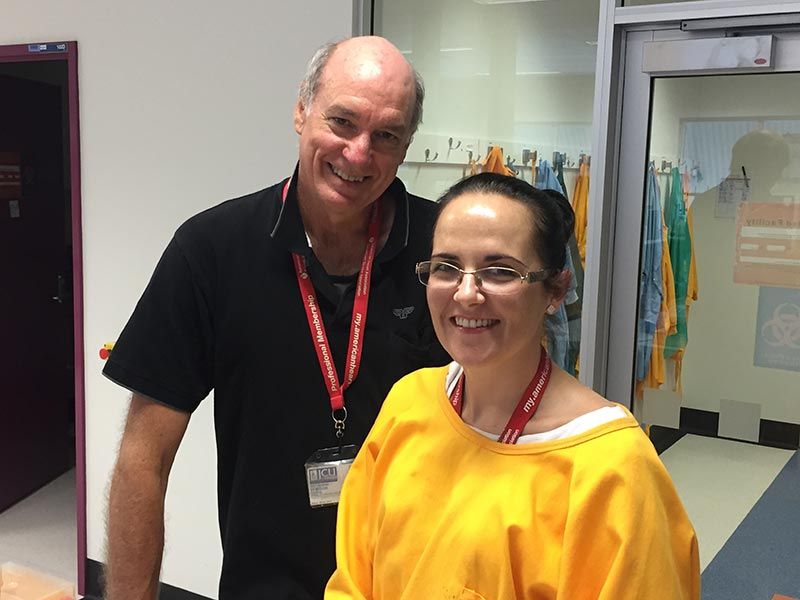 Growing recognition of the crucial role that gut microbiota play in human health is raising questions about biomedical research based on animal models whose microbiota have been modified to ensure they are free of certain pathogens. But these changes can dramatically alter experiment results and jeopardise the translation of animal research findings to humans – including the successful outcome of drug trials.

JCU scientists currently developing a revolutionary drug to slow haemorrhaging after major trauma, including battlefield injuries, are strongly recommending that biomedical researchers use ‘normal’ unmodified animals for research if their goal is human translation.

This body of work was published in 2019 in Lancet’s eBiomedicine, Nature’s Scientific Reports and the journal SHOCK®: Injury, Inflammation, and Sepsis: Laboratory and Clinical Approaches.

Originally proposed in the 1960s to reduce disease in research animal populations, these SPF models – which now vary widely due to differing SPF inclusion and exclusion criteria observed by animal suppliers and universities – might actually be creating additional obstacles for biomedical researchers seeking to translate their findings to humans.

Experiment results can differ from a ‘normal’ human response, because the microbiota of SPF animal models do not represent the normal human condition – let alone those experiencing major trauma.

As fellow JCU researcher, Dr Hayley Letson, observed: “A wounded soldier on the battlefield, or a person going in for major surgery, does not have a gut microbiome similar to the highly artificial animals born and raised in a sterile ‘bubble’.

“For over five decades an enormous amount of money may have been wasted on studying human disease and injury using SPF animals, which raises important ethical questions for biomedical research.”

Statistics on research outcomes lend weight to their concerns. Currently, 95 percent of promising new drugs fail to translate from animal studies to humans, according to Professor Dobson.

The JCU research team recommends breeding ‘normal’ animal models with wild-type gut bacteria to better represent the human condition. They believe that this would not only improve the chance of successful translation to human clinical trials, but ensure that public funding for biomedical research is well spent.

In the meantime, the team suggests that research results published in scientific journals should include a URL access which details the Animal Microbial/Pathogen Exclusion Status upon which the study was based.

“This may help address the differences in results within a single laboratory or between laboratories around the world and improve translation success,” said Professor Dobson.