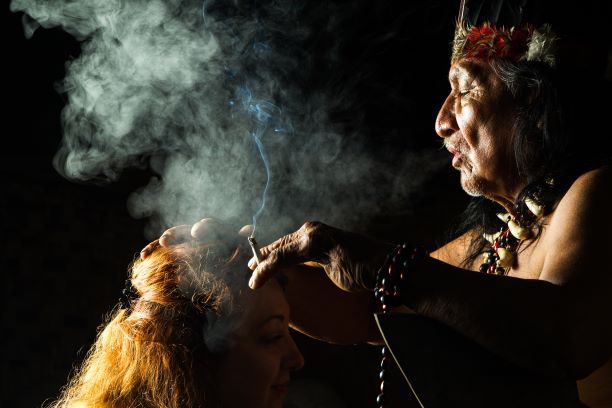 The therapeutic use of psychedelics is regaining scientific momentum, but similarly psychoactive ethnobotanical substances have a long history of medical, and other, uses in indigenous contexts.

As the use of psychedelic drugs comes back into favour in psychotherapy, a James Cook University study has found there may be benefits in using the traditional South American concoction ayahuasca to treat those with serious addiction problems.

Australian Institute of Tropical Health and Medicine's Head of Laboratory of psychiatric neuroscience, Professor Zoltan Sarnyai, said using psychedelics in addiction treatment was an exciting field of study during the mid-20th century, but growing controversies had led to a near total suspension of this area of research.

“Today, the investigation of psychedelic use in treatment programs is well underway again," Professor Sarnyai said.

"Use of the currently illegal drug MDMA in assisted psychotherapy for post-traumatic stress disorder is being investigated in the US, Canada and Israel and it could be available on prescription in the US as early as 2022."

He said ayahuasca, a traditional South American psychoactive drug used in cultural ceremonies and brewed from a common vine, appears to be safe when used appropriately and is not considered particularly addictive. It’s active ingredient, DMT, is illegal in Australia.

“We looked at 36 inpatients at a Peruvian clinic who had severe addiction problems and whose treatment included Ayahuasca use. We used a battery of psychological tests measuring perceived stress, craving frequency, mental illness symptoms, spiritual well-being, and physical and emotional health,” said Professor Sarnyai.

Professor Sarnyai oversaw the research of JCU PhD student David O’Shaughnessy, who is now a research fellow at University of California Berkeley.

He said significant and clinically positive changes were found across all repeated measures over the course of the treatment.

“These changes appeared early in the treatment and were maintained over time. Significant improvements were also found for neuropsychological functioning,” said Dr O’Shaughnessy.

He said the effect observed, was in the context of a professionally-run clinic, which employed a combination of Amazonian and Western medicine, including dietary restrictions and other natural remedies, and it was unwise to single out Ayahuasca as the silver bullet.

“However, given the cultural diversity and relatively severe addiction profile of the sample, our results do suggest that the overall mode of treatment may hold promise in those areas where conventional treatment approaches are failing,” said Professor Sarnyai.

He said linking the findings to treatment effectiveness would require longitudinal studies that follow-up on patients once they are back in their communities and have more opportunities for relapse.