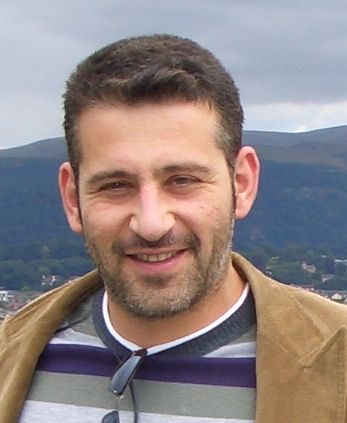 In my talk, I will give an overview of recent developments from my laboratories in generating advanced technologies which we use to address urgent medical challenges and create tools that help us and our collaborators to answer fundamental science questions. Over the last years, we have pioneered the field of nanoengineered plasma polymer films with allow us to control the entire spectrum of surface properties including chemical, physical, mechanical and topographical. We do that by nanoengineering and tailoring at the nanoscale very thin surface coatings by using tools from nanotechnology.

A major component of our research is concerned with solving medical challenges that are often encountered with implantable medical devices such as infection and inflammation. We have developed four distinct classes of antibacterial surface modification strategies that are suitable for application on various medical devices. Based on their mechanism of action, these strategies can be classified as non-stinky, contact killing, antimicrobial compound releasing and stimuli responsive. I will provide specific examples, including a technology that we are currently translating to commercial orthopaedic devices in collaboration with industry. I will also discuss the advantages and drawbacks of using certain type of antibacterial technology.

We have strong interest in understanding the inflammatory responses to biomaterial surfaces, and particularly, the interplay between surface nanotopography and chemistry in regulating physiological processes. We found that tailoring of surface parameters in a desired and optimal manner can result in biomaterial devices and constructs that can favourably modulate inflammatory responses. Recently, we have also revealed that the mechanism of surface nanotopography induced modulation of inflammation is the unfolding of adsorbed proteins such as fibrinogen. This unfolding is surface nanotopography scale dependent and leads to the exposure of (normally hidden) peptide sequences that activate the MAC-1 receptor of macrophages.

In my talk, I will also give examples of other areas of our work such as in drug delivery and stem cells guidance, and how we use our surface nanoengineering approaches to create diagnostic device technologies that have been translated to industry and are now in clinical trials. I will also mention some non-medical applications of our technologies such as these in environmental remediation and wine research.

Since completing his PhD at the Max Plank Institute for Polymer Research 15 years ago, Professor Vasilev has built and led at The University of South Australia (UniSA) a highly productive team, currently consisting of more than 20 postdocs and PhD students (size of a Center). His team is well connected having deep collaborative networks within Australia and internationally, and is strongly engaged with industry, end users, government agencies and community. Professor Vasilev has attracted in excess of 20M dollars in research funding from Government competitive grants and Industry, published more than 200 papers and has been awarded several prestigious Research Fellowships from ARC, NHMRC and the Humboldt Foundation, and other awards such as the John A. Brodie Medal for achievements in Chemical Engineering in 2016, and the election of a Fellow of the Royal Society of Chemistry (FRSC) in 2017. His contribution to UniSA has been recognised by several awards including the UniSA Research Excellence Award in the Mid-Career category (2018), and the Division of ITEE Excellence Award for Leadership in Research (2018), and the UniSA Interdisciplinary Award (2019) for his work across disciplines.

Professor Vasilev has established international reputation and leadership in his field evident (in addition to the awards mentioned above) by regular invitations to deliver plenary and keynote lectures at international conferences, and prestigious universities, institutes and companies around the world. The foundation of his research program was his revolutionary approach to the nanoengineering of plasma polymer films, which vastly expanded the opportunities for this technology. His publications have been cited more than 6500 times and his H-index = 48 (M-index ~ 3), which is outstanding for a person 15 years out of PhD.

Professor Vasilev’s research has a very strong translational focus. He works extensively with industry to translate research findings to tangible commercial products. Key examples for this are 1) recently translated technology (via a $5,000,000 from the CRC-P program, $2.5M industry cash) for bladder cancer diagnostics to the manufacturing facility of Motherson Innovations in South Australia. The device is currently undergoing clinical trials; 2) A $6,000,000 ($3M industry cash) project with Corin Group focussed on translation of an antibacterial surface modification to the company’s hip and knee implants. His translational work involving the entire spectrum of activities from research discoveries to commercial products was a key strength allowing him to win in 2020 the prestigious and highly competitive NHMRC Investigator Award ($2,738,000 over 5 year).