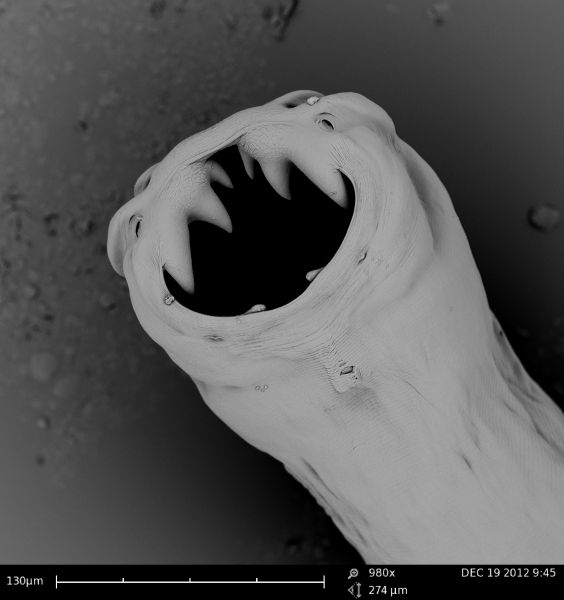 Researchers at the Australian Institute of Tropical Health and Medicine and the Centre for Chronic Disease Prevention at James Cook University (JCU) are collaborating to infect people with worms to trial their effectiveness in preventing type 2 diabetes.

The human trial builds on the team’s previous work, which found a link between intestinal worm infections and the disease.

“We now know that most societies that still have high levels of worm infestation do not have type 2 diabetes, while communities and cities where worms have been mostly eradicated are experiencing a dramatic rise in metabolic diseases ” Professor McDermott says.

The researchers first noticed a link between worm infections and type 2 diabetes in Indigenous adults in the Kimberly region of Western Australia.

They found older people who’d been infected with worms as children or young adults were highly protected against developing type 2 diabetes in later life, with protection levels at about 60 per cent.

“Type 2 diabetes is a disease of chronic inflammation which originates in the fat tissue that is found around the abdominal area.

The findings prompted the researchers to question the impact of worm eradication programs.

“A recent Cochrane review suggests that mass drug administration for worms in developing countries had no impact on general nutrition levels, iron deficiency anaemia, school performance and growth in general.

“So I think we have to revisit the vilification of worms,” says Professor McDermott.

The research group includes Dr Paul Giacomin, who is also involved in human trials for parasitic worms that show promise in treating inflammation in patients with coeliac disease.

“Parasitic worms are masters of controlling inflammation and experiments in mice have shown that worm infections are strongly protective against diabetes, a condition that currently affects over a million Australians” says Dr Giacomin.

“We now have the opportunity to conduct a world-first trial into the safety and potential benefits that infections with parasitic worms have in humans who are at risk of metabolic diseases.”

“This trial will be critical for determining whether we should start looking for the active molecules that worms release into the body to control metabolism, which could be produced as a drug for preventing type 2 diabetes.”

The phase one trial will examine the safety and tolerability of low doses of human hookworms in healthy women aged 18-44 who are on the road to developing type 2 diabetes.

“This includes volunteers with a waist circumference of more than 90cm who already have one or two other features of metabolic syndrome, such as high blood pressure and high insulin levels,” Professor McDermott says.

This clinical trial has received a grant from the Far North Queensland Hospital Foundation.

The human trial commences in November in Cairns, for more information or information on participating in the clinical trial, please visit www.aithm.jcu.edu.au/wam/