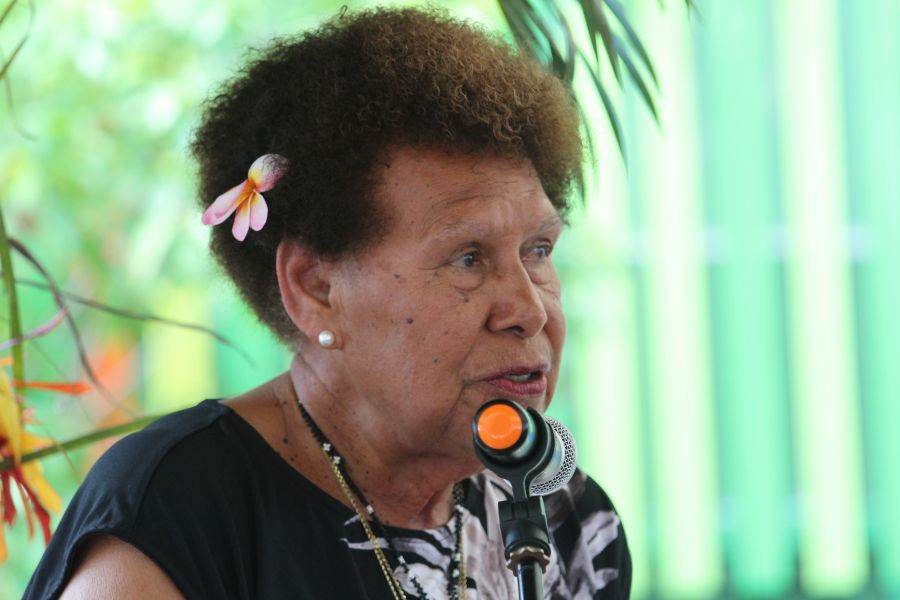 Ro liked the limelight. She liked the microphone. But it was never about her. She never blew her own trumpet. It was always about community; putting others first, and yourself last. She lived by that. Even when she was dying, she said to the doctor, “you must make sure that the palliative care I am receiving is put in place for other people who are sick like myself.” She was still worrying about her own people and how she could help them.

So many people get on a committee and they do strive, but a lot of them don't deliver. Ro was like a dog at a bone. She never gave up. She delivered. She wasn’t afraid of upsetting people. You could never pull the wool over her eyes. But she never ran anyone down. Her comments were positive. Always positive. She was just very proactive and kept speaking up!

Because she had so much experience in such a diversity of community organisations, she knew how to get things done. And she had the foresight to look for programs that would carry organisations through. She had that long-term vision.

Ro pursued work opportunities for her people. If they were qualified to hold certain positions, she asked why they weren’t getting those positions. She also supported students. She and her Uncle Walter Nona asked her adoptive mother, May, to donate the land for a new school on Badu Island, her childhood home. Recently, she encouraged some students doing a course at JCU to not give up. She told them that tutors or others could be found to assist them. They were not on their own.

Warren Entsch (the Federal Member for Leichhardt) paid tribute to Ro in Parliament, after her death. I am so grateful that she is now in the annals of Parliament House. It is recorded. It is there. It’s public recognition. But I feel in my heart she deserves more. Perhaps a scholarship could be established in her name, so she is never forgotten. Because people come and go, but Ro made a difference. She definitely made a difference.