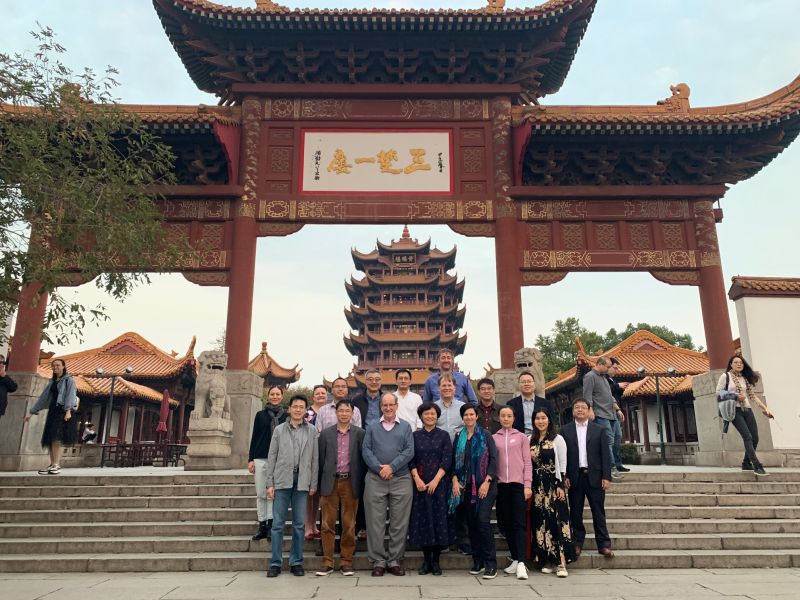 AITHM microbiologist, Dr Andreas Kupz, says the quest to develop a more effective vaccine for tuberculosis (TB) might be progressed more quickly through collaboration and high-tech research support with China.

Dr Kupz said he was able to get a glimpse of China’s massive research capacity following his presentation at the 5th China-Australia Conference on Immunity in Tuberculosis, held in Wuhan, in central China (5-8 November).

Dr Kupz was the first AITHM scientist invited to the annual conference, which brings together leading Chinese and Australian TB researchers to discuss challenges in TB control, and breakthroughs in basic and clinical research. The conference also seeks to open doors to future research collaborations to facilitate control of TB in the region.

China, India and Russia, are hotspots for multi-drug resistant TB, strains that no longer respond to current drug treatments. These three nations account for more than half of all cases in the world.

In addition, South East Asia and the Western Pacific have a TB problem which is likely to escalate due to rapid population growth in the Tropics, as well as the increasing incidence of diet-induced type 2 diabetes, an immunosuppressive condition which lowers resistance to TB infections and raises the likelihood of death.

Dr Kupz said the China-Australia conference had provided him with a snapshot of China’s accelerating growth in TB research, which could soon have an impact on the regional, and world, stage.

“They have the financial resources, the human resources and more cases to study. When we do a clinical trial, we may have 200 people involved, whereas they have 20,000 people. They are doing things on a different scale to the rest of the world,” he said.

Dr Kupz is liaising with Dr Lingjun Zhan, head of the Institute of Laboratory Animal Science, a large-scale animal model testing facility within the Chinese Academy of Medical Sciences, in Beijing.

They are exploring opportunities to take the clinical testing of  Dr Kupz’s TB vaccine to the next level, following completion of research on mouse models at AITHM in 12 months’ time.

This phase of testing is a crucial pre-clinical pathway to human trials but is mostly outsourced to Europe or the USA currently.