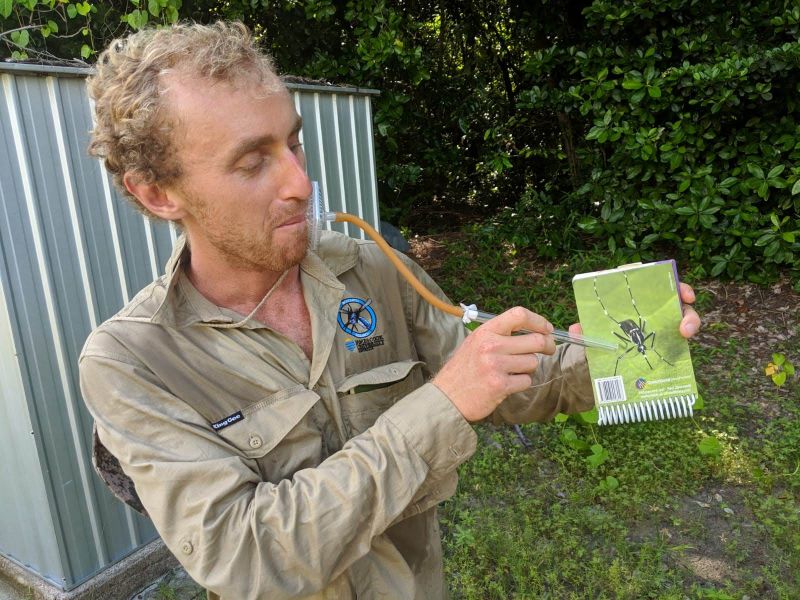 While one mosquito species which transmits dengue has been thwarted in Far North Queensland, researchers are working hard to ensure another invasive species, waiting in the wings on Torres Strait, does not reach the mainland.

Aedes aegypti mosquito populations in North Queensland, have been successfully infected with Wolbachia, a type of bacteria which inhibits the ability for viruses to replicate inside the mosquito.

However, the Asian tiger mosquito Aedes albopictus, which also transmits dengue, has been found on Torres Strait islands – and has a proven track record for usurping Aedes aegypti territory, if given half the chance.

A team of researchers from the Australian Institute of Tropical Health and Medicine is looking at ways to kerb the relatively new threat to the Australian mainland.

An Institute ecologist Tom Swan said the fear was, the Asian Tiger mosquito could move in, and displace the Wolbachia-infected Aedes aegypti mosquitoes, quickly compromising the Wolbachia ‘shield’ on Australia’s mainland.

“The Asian tiger mosquito is near the top of the 100 World’s Worst Invasive Species List,” Swan said.

“In much of south east USA, including northern Florida, Aedes aegypti populations had been all but eliminated, when the Asian tiger mosquito invaded in the late 1980s.”

South-east Asian in origin, the mosquito, which also transmits Chikungunya virus, is believed to have reached the Torres Strait via illegal Indonesian fishing boats.

Swan is conducting frontline research into the ecology of the species on Masig (Yorke) Island in the Torres Strait – the first identified Australian invasion point, in 2005 – to compile knowledge that could provide a framework for future surveillance and control efforts.

Swan and colleagues have just published findings from a field trial on Masig Island involving   a trap which holds promise as a useful tool to monitor the distribution and abundance of Asian tiger mosquitoes – a sound trap first developed by JCU researchers to catch male Aedes aegypti mosquitoes.

Funded by Verily Life Sciences, a US research organisation devoted to supporting the study of life sciences, the sound trap uses artificial playback of female wingbeat frequencies to lure in the males.

“Unlike Aedes aegypti mosquitoes, which occur in and around houses, Asian tiger mosquitoes live in or on the edge of the bush,” he said.

To date, spraying well-vegetated habitats has proved successful in greatly reducing abundance of the Asian tiger mosquito on Thursday and Horn islands in the Torres Strait, but few control measures have been conducted on outer islands, including Masig.

As part of his PhD research, Swan collaborated with the Pest and Environmental Adaptation Research Group, Bio21, University of Melbourne to investigate the population genetics of the Asian tiger mosquito on different islands throughout the Torres Strait.

“We discovered recent movement of closely related Asian Tiger Mosquitoes between islands 31–203 km apart – likely a result of human-mediated dispersal on boats and planes” he said.

“Exploring potential pathways for Asian tiger mosquito movement between islands is the focus of ongoing research,” he said.

Australian experts believe it may only be a matter of time before the Asian tiger mosquito gains a foothold on the mainland.

“One of the premises of my research is improving surveillance options for Asian tiger mosquitoes may potentially have relevance in other areas where this mosquito occurs, or has not yet invaded” he said.