Common virus the key to early detection of a cancer 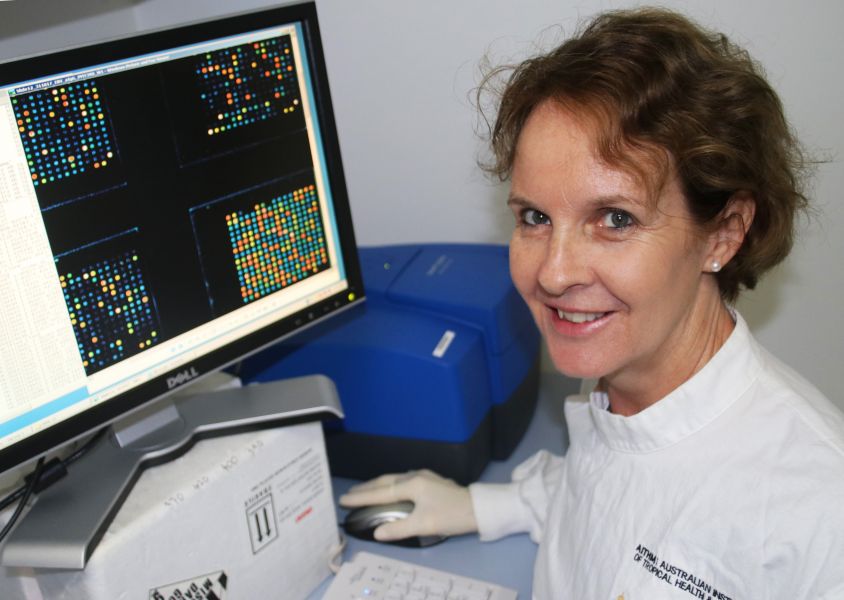 Individuals at risk of developing a cancer closely associated with a very common virus could be identified much earlier, which would dramatically improve survival, thanks to research just published in Clinical Cancer Research.

Nasopharyngeal carcinoma (NPC), a cancer of the head and neck, is rare in countries such as Australia and the United States, but is more common in south east China, other Asian countries, and north Africa.

“This is a cancer that tends to have a poor outcome, because it’s often quite advanced by the time it’s detected,” Dr Anna Coghill, a Research Fellow at the US National Cancer Institute, National Institutes of Health (NCI/NIH) said. “Those diagnosed in the earlier stages have a significantly higher survival rate, so progress towards earlier and accurate diagnosis is welcome news.”

Researchers from Australia, the United States, Taiwan, and the Netherlands collaborated on a comprehensive evaluation of the common virus that is closely linked with the cancer – Epstein-Barr virus (EBV), which is also known to cause glandular fever or infectious mononucleosis.

“The link between one of the most common viruses to infect humans and a rare cancer is an intriguing one,” NCI Senior Investigator Dr Allan Hildesheim said. “Epstein-Barr virus is necessary for the development of NPC but, although more than 90 per cent of adults worldwide are infected with Epstein-Barr and develop antibodies to it, only a very small fraction of those go on to develop nasopharyngeal carcinoma.”

Since just a small percentage of EBV-infected people develop NPC, the odds of finding accurate biomarkers might seem daunting, but the researchers successfully applied a technology not previously used in this field, which enabled them to identify the signature that best predicts risk of NPC.

A team led by Australian researcher Denise Doolan developed a custom protein microarray expressing all known proteins and variants from the Epstein-Barr virus. The researchers then tested blood samples from more than 600 individuals in three independent study populations in Taiwan, where NPC risk is elevated. They evaluated antibodies produced in response to each of the 199 proteins and variants, using a refined analytical pipeline to compare the antibodies produced by those individuals who developed NPC to those who did not. The result is an antibody-based risk score for predicting nasopharyngeal carcinoma.

“We now have a subset of 14 antibodies that predict, with high accuracy, an individual’s risk of developing NPC in the next five years,” said Denise Doolan, Professorial Research Fellow at the Australian Institute of Tropical Health and Medicine at James Cook University in Cairns. “That’s a significant improvement on the existing biomarkers, which could lead to considerable reduction in the number of false positives. This is potentially the basis for a test that could save many lives by identifying at a very early stage those individuals at high risk for developing this infection-related cancer.”

The blood samples analysed in this study were collected in three larger research projects in Taiwan. They included individuals who remained disease-free, confirmed cases of NPC, and individuals who were disease-free at the time of their initial test, but later developed the cancer. Some of the individuals studied were from families with a high propensity to develop NPC.

The study was able to encompass such an exhaustive survey of immune responses to all known Epstein-Barr virus protein sequences in these individuals thanks to their customised protein microarray, which enables parallel testing of a large and complex range of samples.

Professor Doolan said this research provided the foundation for sensitive and specific diagnostics for all EBV-related cancers, as well as infection-related cancers in general.

“Thanks to this new technology we were able to cast a very wide net in our analysis, which allows us to now narrow our focus to the most promising antibody targets,” she said. “To our knowledge it’s the first time the technology has been used for cancer biomarker discovery. It shows great promise for future research, especially in complex investigations like this one, where there are many candidates to assess, and individuals differ in their immune response to viruses.”

Dr Hildesheim said it was hoped future studies would replicate and extend this research in other populations with higher NPC risk, to further the development of reliable and accurate clinical tests.

This research was supported by the National Cancer Institute Intramural Research Program,

The National Science Council of Taiwan, the National Health and Medical Research Council of Australia, and George Washington University.

Division of Cancer Epidemiology and Genetics