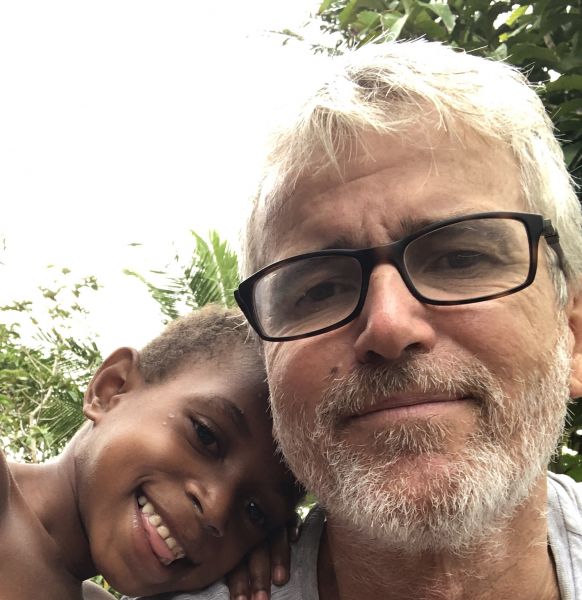 A research team led by JCU microbiologist, Associate Professor Jeff Warner, has identified a major tuberculosis (TB) hot spot in rural Papua New Guinea, and is now investigating how to help the stricken community defend itself against the disease.

Home to around 40,000 to 50,000 people, the Balimo region in PNG’s Western Province, is generating 300-400 cases of TB per year, almost twice the national average, and the rate of drug-resistant cases is a staggering 10 percent, compared to 3.5 percent country-wide and four percent globally.

“These rates are extraordinarily high,” said A/Professor Warner, who works with the Centre for Molecular Therapeutics. “Now we have described and mapped the problem, we need to help PNG deal with it.”

He has worked with the Balimo community on a number of infectious disease projects over the past 25 years, which stood him in good stead when he turned his attention to TB in 2014.

“This project has been made possible through strong partnerships between local community, JCU researchers and students, involving field work in Balimo, plus a lots of work back at the AITHM labs in Townsville,” he said.

“There is no running water or reliable electricity in this PNG community, let alone good diagnostic services. But that stuff is not as important as having good collaborative relationships.”

Recently published findings from the initial two-year phase of the JCU research project (2014-16), featuring data analysis undertaken by PhD researcher, Tanya Diefenbach-Elstob, revealed that 77 percent of TB patients registered with the Balimo hospital were diagnosed with extra pulmonary TB (EP-TB) – and 25 percent of all TB cases were children.

Unlike pulmonary TB, which attacks the lungs and can be transmitted to others by coughing, EP-TB occurs elsewhere in the human body, including lymph nodes, bones and joints, and the central nervous system. It is not infectious, although still potentially deadly.

While pulmonary TB is detected through patient sputum samples, extra pulmonary TB is much harder to diagnose and can mimic a range of other conditions. A/Professor Warner and his team are now investigating the validity of the EP-TB diagnoses in Balimo. The health ramifications are serious.

“Everyone is terrified of tuberculosis. If local health workers don't have the ability to diagnose patients accurately, a lot of patients that don't have TB will be given TB drugs. That is bad for them and also promotes the development of drug-resistant TB,” he observed.

His research team is also busy tracing the “story” of TB in the Balimo region. Not everyone who is infected with the TB organism, Mycobacterium tuberculosis, goes on to develop the disease (either pulmonary or extra pulmonary TB). JCU immunologist, Associate Professor Cathy Rush, is striving to source the causes of poor immune response – a typical factor in those who succumb to full-blown EP-TB – which is widespread in the Balimo community.

“We have some preliminary data which shows that children, in particular, have a very poor immune response, and therefore are much more likely to acquire TB disease. We need to understand why their immune response is so poor,” said A/Professor Warner.

He hopes that JCU’s research efforts will identify ways to help the community safeguard itself from further casualties, as well as develop a more efficient, targeted TB outreach control program for existing patients.

“TB is the biggest killer of mankind, in terms of infectious diseases. We need to make people resilient to the TB epidemic, promote behaviours that reduce risk, while we wait for the ability to actually treat the disease more effectively,” he said. “It’s important to put these resource poor-communities on the global TB map”.