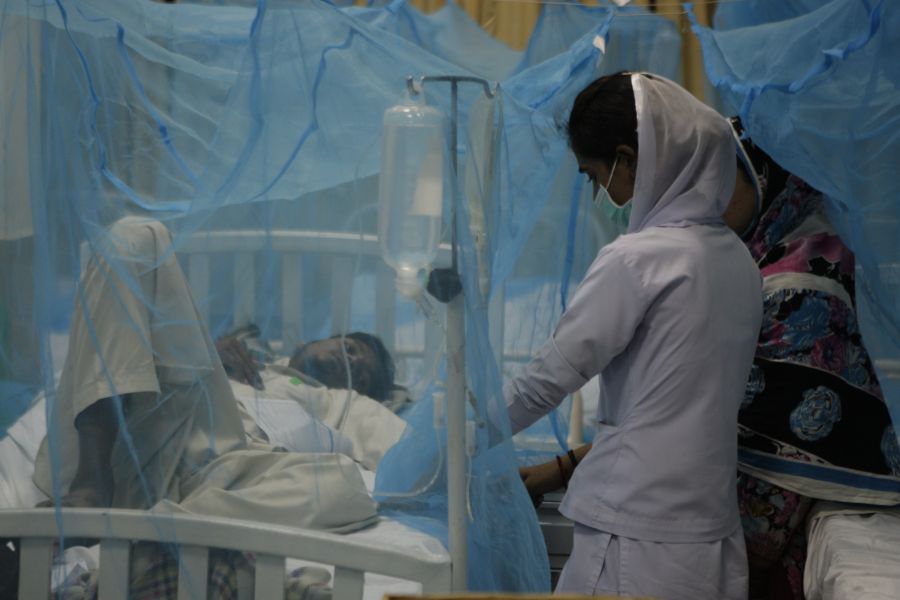 More than 2.2 billion insecticide-injected mosquito nets have been delivered to countries, in the global fight to control malaria.

But some of these nets are being found ineffective, prompting calls for urgent revision of quality assessment.

A dramatic resurgence of malaria in Papua New Guinea has prompted an international team of scientists lead by the Australian Institute of Tropical Health and Medicine, to investigate the efficacy of long-lasting insecticide-treated bed nets (LLINs) on behalf of Papua New Guinea’s National Malaria Control Program.

PNG has one of the world’s highest malaria transmission rates outside Africa, and the nets are the mainstay of the country’s defence against malaria-carrying mosquitoes.

The treated nets are designed to not only provide a physical barrier between mosquitoes and the bed occupant, but also to kill mosquitoes that come into direct contact with the insecticide-treated net surface.

The team that included medical researchers and entomologists from PNG, Australia and the UK looked into whether despite the mandatory pre-delivery quality assessment of the around 1.5 million bed nets distributed annually to PNG residents since 2013, some nets might be falling short of the World Health Organisation’s minimum 80 per cent mosquito kill rate.

The researchers discovered just 17 per cent of the donor-funded nets supplied to PNG between 2013 and 2019 met World Health Organisation standards for mosquito kill rates, compared to 100 per cent of the nets distributed from 2006 to 2012.

With the support of the PNG Department of Health and Rotarians Against Malaria, the team organised a search across 15 PNG provinces to locate nets distributed between 2007 and 2019 which were still unused and in their original packaging.

A total of 192 nets underwent cone bioassays, in accordance with WHO guidelines, at the PNG IMR Vector-borne Diseases Unit in Madang.

The test involves trapping mosquitoes in plastic cones covered with samples of bed netting, then monitoring the insects to see how many died within 24 hours. The percentage of mortality was then calculated.

“We couldn't believe it, we were actually doubting our own results to the degree that we repeated experiments,” Dr Karl said.

Dr Lisa Reimer from the Liverpool School of Tropical Medicine, in the UK, as part of the research team, repeated some of the cone bioassays. A subset of samples was sent to Dr Reimer’s lab, blinded, and their results supported the findings of Dr Karl’s team.

They also exposed the net samples to high temperatures, to rule out the possibility the insecticide coating had been impaired by temperature variations while in transit from the manufacturer.

The net manufacturer, once alerted, requested samples of the nets from the researchers, and then conducted their own tests, which confirmed the findings of Dr Karl’s team.

Dr Karl said surprisingly the total insecticide content of the nets as determined by chemical assays is not actually correlated with the bio efficacy. Since currently, pre-delivery control process of nets only includes chemical analyses and not bioassays, the substandard nets could remain undetected.

“Bioassays should be incorporated in the pre-delivery control process, and ideally, recipient countries should be enabled to undertake their own quality testing,” he said.

Dr Karl said the research had alerted the World Health Organisation to address its routine monitoring and quality assurance assessment process for the mosquito nets.

In response to the findings, the Global Fund to Fight Aids, Tuberculosis and Malaria has provided funding for an independent investigation of the nets.