Getting to the guts of Coeliac Disease 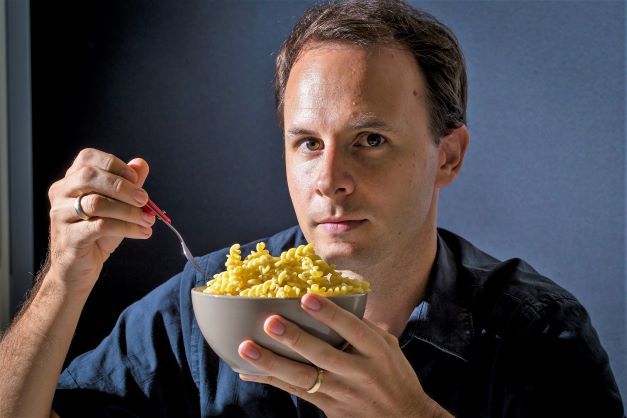 Researchers at the Australian Institute of Tropical Health and Medicine at James Cook University have discovered gut parasites with immune-modulating powers that could hold answers to painful gut health issues.

In a recent clinical trial, a team led by scientists from the Australian Institute of Tropical Health and Medicine at James Cook University (JCU), and clinicians at The Prince Charles Hospital, Brisbane, investigated the potential of “immune-modulating” worms to restore gluten tolerance in patients with coeliac disease.

The findings have resulted in the research being awarded new funding from Coeliac Australia.

AITHM Immunologist Dr Paul Giacomin, who led the study at JCU said the discovery grant would be used to further the search into the potential benefits of gut-dwelling hookworms – with a focus on how these worms may change the gut environment to prevent coeliac disease reactivation after exposure to low levels of gluten.

Dr Giacomin said helminth parasites such as hookworms have co-evolved and adapted to their human host, such that infections in well-nourished people are safe and well tolerated.

Dr Giacomin said hookworms can induce changes in the immune system that activate or suppress its function, which helps the parasite survive and may have an unexpected collateral effect on other, unrelated inflammatory conditions of the host.

“We know coeliac disease is an autoimmune disorder where an immune response arises in the intestine after gluten consumption, and we are furthering some studies which have suggested hookworm infection in the small intestine, may restore gluten tolerance,” he said. “We undertook a randomised, placebo-controlled trial of hookworm infection in 54 people with coeliac disease, and there was some compelling evidence that emerged.

“While hookworms were not able to “cure” coeliac disease and let people return to a normal diet containing moderate levels of gluten, we did observe that people treated with hookworms tended to display improved tolerance to lower gluten challenges, and had reduced gastrointestinal symptoms.”

Senior gastroenterologist at The Prince Charles Hospital Dr Tony Rahman said “This research may have profound implications for the health and lifestyle flexibility or people with coeliac disease, who normally have to adhere to a strict gluten-free diet to avoid accidental gluten exposure.”

The team has been granted funding from Coeliac Australia to continue the research, to undertaking a series of advanced laboratory analyses – focusing on the gut reactions.

The advanced analyses is expected to reveal the biological reasons of why some people living with hookworms in their gut were able to develop remarkable tolerance to the gluten challenge, while others did not.  Their hypothesis is that hookworms are likely to create an anti-inflammatory environment in the gut, as well as beneficial changes in the balance of healthy and unhealthy microbes in the gut, which together favours the development of improved gluten tolerance in coeliac disease.

The team hopes that greater understanding of the biological mechanisms that lead to improved gluten tolerance, will advance the development of new treatments such as immunomodulatory therapies, or probiotics for people with coeliac disease..

What is coeliac disease and who can get it? Find out more here at the Coeliac Australia website