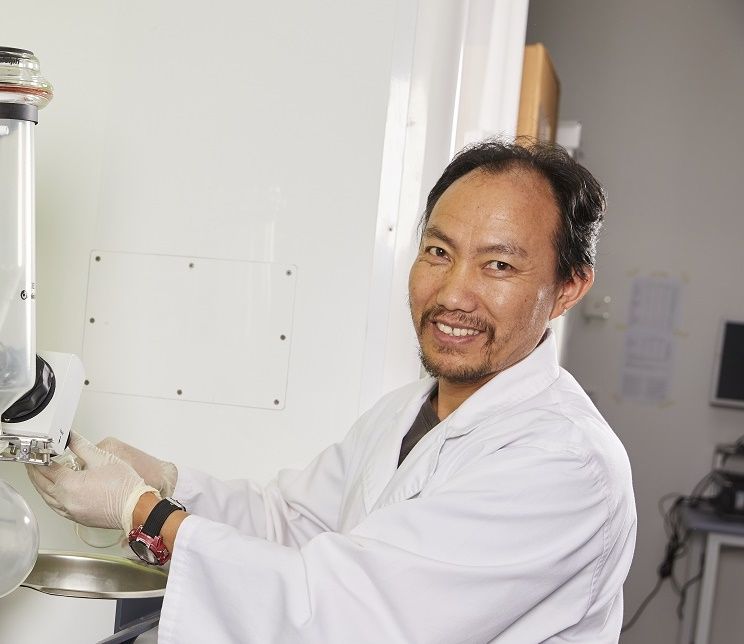 Parasitic worms have a bad reputation, but AITHM natural products chemist, Dr Phurpa Wangchuk, has identified small molecules in hookworms which could hold the key to a cure for severely debilitating Inflammatory Bowel Disease (IBD).

“Based on my experience as a chemist, some small molecules are really interesting, in the sense that they are malleable; you can make them into different drugs.That was the driving force behind this research project,” Dr Wangchuk said.

Around 80,000 Australians suffer from IBD, a gastrointestinal disorder which causes frequent watery diarrhoea, abdominal cramps, loss of weight – and increased risk of colon cancer. More than 1,600 new cases are diagnosed per year.

Annually, Australia spends more than $380 million on hospitalisation and ongoing patient management of the disease, while the estimated cost in lost productivity, due to ill health, is the same amount again. Peak prevalence for the condition is in 30-39 year olds.

Australia is not alone. IBD flourishes in developed countries, where ready access to medications, including antibiotics and worming treatments, has reduced gut bacteria and intestinal parasites that once played a crucial role in protecting people from pathogens – leading to an explosion in auto-immune diseases.

“It’s called the ‘hygiene/old friends’ hypothesis. When we cleansed our gut system, we lost some of our best friends,” Dr Wangchuk observed. “They co-evolved within us for thousands of years.”

Experimental research, led by AITHM immunoparisitologist, Professor Alex Loukas, has already demonstrated the therapeutic efficacy of hookworm infection as a treatment for gastro-intestinal (GI) inflammatory diseases. However, self-infection with hookworm would be a daunting step for most IBD sufferers.

The hunt is now on to identify the key components of hookworm tissues/secretions that produce the beneficial effect, in order to develop a drug which produces the same results.

While previous research has largely focused on hookworm proteins and genes, as these materials are easier to obtain, Professor Loukas and Dr Wangchuk decided to explore the uncharted territory of hookworm small molecules; organic compounds which may help regulate biological processes. In order to safeguard their environment, hookworms resident in the GI tract constantly secrete these biomolecules.

Five small molecule extracts, distilled from hookworm tissue and excretory products (the vomit produced by hookworms while feeding in the gut) were administered to mice models with induced IBD colitis symptoms. One tissue extract proved particularly potent against ulcerative colitis, a severe form of IBD.

Dr Wangchuk’s research findings were published in the American medical journal, Infection and Immunity, earlier this year. His next step is to isolate the compounds in this hookworm small molecule, then test them again to confirm their efficacy, and hopefully pave the way for the development of a new pharmaceutical drug to tackle the disease.

“There is a lot of social stigma and isolation attached to IBD. Sufferers cannot lead a normal life,” he said. “Finding a cure would have major socio-economic implications.”