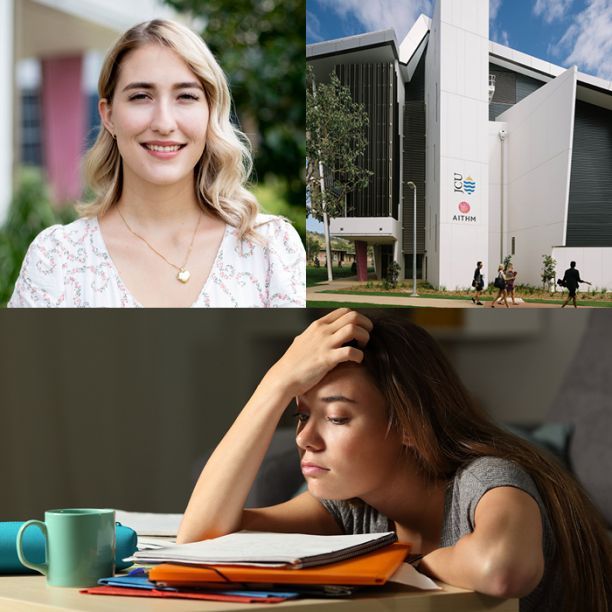 North Queensland teenagers are learning how to optimise stress and recognise small challenges, not as incapacitating hurdles, but opportunities for triumph, thanks to research being conducted at James Cook University.

With stress affecting up to 72% of Australian adults, Riana is passionate about making a difference for future Australians.

“Adolescents are at a very vulnerable stage in life and are experiencing a lot of changes not just physically but mentally,” she said.

“Some people may be more resilient than others and that’s okay, but we need to address this.”

“Stress causes a physiological response and over time this repetitive stress response will accumulate into negative effects on the body, leading to a greater risk of cardiovascular disease, autoimmune diseases, and neurodegenerative diseases.”

Riana worked in a cross-cultural collaboration with the Centre for Studies on Human Stress in Montreal, Canada which gave her access to a series of short, YouTube videos the Centre had developed, to teach high school students how to turn stress to their advantage.

A group of North Queensland highschool students watched four five-minute neuroscience-informed `Stress Optimisation’ videos over a period of two weeks and were asked  to monitor their stress levels and mental wellbeing before and after the videos.

The research also evaluated whether there were differences between students in the two countries, and whether the intervention used in Canada would also work for Australian adolescents.  The data is being collated.

Riana said she sees her PhD as the source of many opportunities to produce significant research, to develop as a professional, and to pro-actively tackle adolescent stress before it potentially becomes a chronic condition.

During COVID-19, the Australian Government has also recognised the importance of mental health, implementing 10 additional Medicare subsidies for psychological therapy during these unprecedented times.