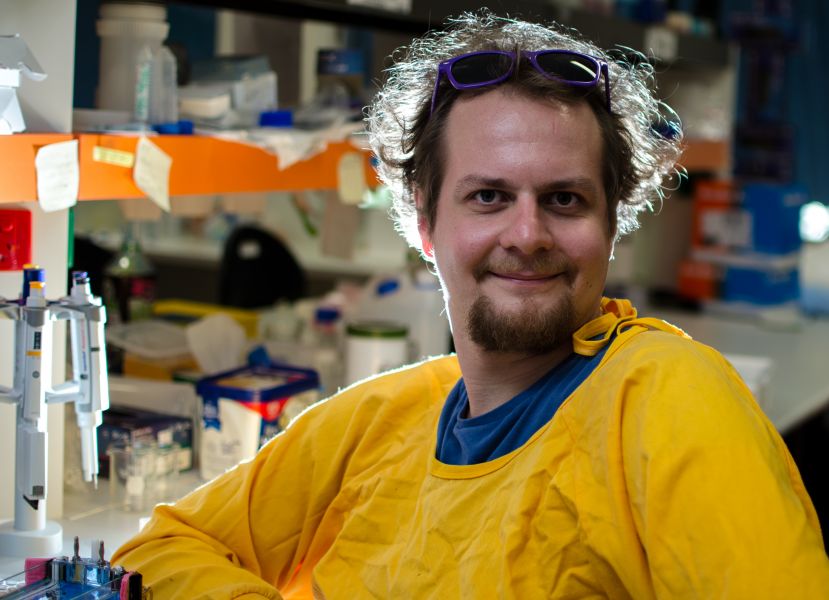 JCU PhD researcher and medical scientist, Thimo Ruethers is undertaking ground-breaking research to help about 250,000 Australians and millions of others worldwide better navigate the daily minefield of living with potentially lethal fish allergies.

The world’s largest group of fish allergy study participants – 100 patients from the Children’s Hospital at Westmead, in Sydney, as well as a growing number of adult sufferers in Townsville – has been recruited to assist his efforts to develop better diagnostic tools and management methods for the immune disease.

Despite the fact that seafood, a popular item in Australian diets, is the number one cause of food allergy-related deaths in the country, limited research on the subject has been undertaken.

“Most fish allergy studies are funded in Europe and North America, with a focus on fish species found in those areas. But the world’s most populated region, the Asia-Pacific, contains a number of totally different fish species,” said Mr Ruethers, who is based at the JCU Molecular Allergy Research Laboratory in Townsville.

The PhD researcher had to start virtually from scratch. Over the past four years, he has evaluated the allergenicity (ability to trigger an allergic reaction) of more than 100 fish species and other related vertebrates – with impressive results.

“Previously, there were five recognised fish allergens in the world. We have identified an additional eight and registered them with the World Health Organisation,” he said.

Mr Ruethers has now pinpointed exactly which fish species trigger allergic reactions in study participants, by testing their blood samples in the laboratory. However, his success has led to the revelation that conventional, commercial allergy skin prick tests, administered to patients by clinicians, contain potentially fatal flaws.

“Clinicians and researchers worldwide were struggling to compare laboratory findings with skin prick test results, so we decided to do some trouble shooting,” he said.

“We discovered that the amount of allergens in commercial skin prick test preparations varies greatly and in some cases, major allergens can’t be detected at all. This means many of these tests may indicate someone is not allergic to fish, when they actually are. But there are no regulations governing the standards of these diagnostic preparations.”

Unlike blood samples, no more than 20 allergens can be tested at a time through skin prick tests. Sometimes diagnostic opportunities are wasted, because doctors are often unaware of the exact type of fish species relevant for Australians.

“They mistakenly test a patient for a species that isn’t even found here, such as Atlantic cod, which is native to Europe and North America. This species has no relation to Murray cod,” observed Mr Ruethers.

“We are now advocating for comprehensive blood tests to become the primary diagnostic tool for fish allergies. This has to be the very near future.”

Mr Ruether’s in-depth analysis has also revealed the dangers of cross-reactivity; more than half of the tested patients were allergic to crocodile meat, even though none had ever tried it. Crocodiles and other reptiles share common evolutionary ancestry with fish, so the human immune system, which causes allergic reactions, often does not differentiate between them.

But there is an upbeat conclusion to Mr Ruether’s fish tale. He has identified safe alternatives for fish allergy sufferers who still hanker for seafood.

“Patients who are allergic to bony fish often have low or no reactivity to cartilaginous fish, such as sharks and rays. Flake is a trading name for sharks, including gummy shark. It’s caught sustainably and you can find it at most fish and chip shops and fish mongers,” he said.