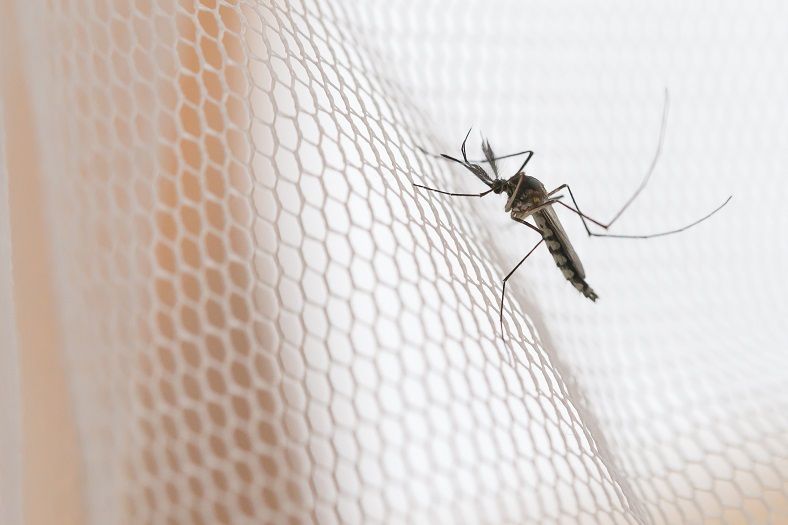 After nearly a decade of research, a new test that detects the magnetic properties of malaria-infected blood could soon be used to help eliminate the mosquito-borne disease.

Dr Stephan Karl, a Senior Research Fellow in Malaria and Vector Biology at JCU’s Australian Institute of Tropical Health and Medicine, has led an international study to field-test a new tool in the fight to eliminate the disease, which had 229 million reported cases in 2019.

“Malaria is easily treated but it is actually hard to diagnose, and because of that there can be over-treatment, which we have seen can lead to the spread of drug-resistant malaria,” Dr Karl said.

“Improving malaria diagnosis, especially through the development of practical methods for resource-limited places, is important and timely.”

The international team including the University of Augsburg's Professor Istvan Kezsmarki, with the PNG Institute of Medical Research and the Burnet Institute, developed and tested the method called rotating-crystal magneto-optical detection (RMOD).

Dr Karl said malaria parasites break down blood in such a way that heme molecules in the blood assemble themselves into organic crystallites containing magnetic iron, which is detected by the RMOD method.

"I’ve studied the magnetic properties of malaria infected blood since 2006, and we engaged with Professor Kezsmarki’s team in 2013 to demonstrate the sensitivity of this test using human malaria parasites,” Dr Karl said.

Professor Kezsmarki said the success of the field study, which involved nearly 1000 suspected malaria patients in a high-transmission area of Papua New Guinea, was an exciting breakthrough.

“After years of in-lab optimisation of the device, in collaboration with Dr Karl we demonstrated the great potential of RMOD in fast and reliable malaria field tests performed in Papua New-Guinea,” Prof Kezsmarki said.

“We showed that RMOD performs well in comparison to the most reliable existing method,” he said.

“It’s very promising, as RMOD testing can be conducted after a short training session and provides test results within 10 minutes. From a funding perspective the cost is very low since no expensive reagents are used,” said Dr Karl.

He said the team aimed to refine the prototype device so that, eventually, performing a test would be as simple as pushing a button.

“There are other hurdles to overcome too, at the moment the RMOD has difficulty discriminating between current and previous malaria infections and we are working on a solution for this,” said Dr Karl.