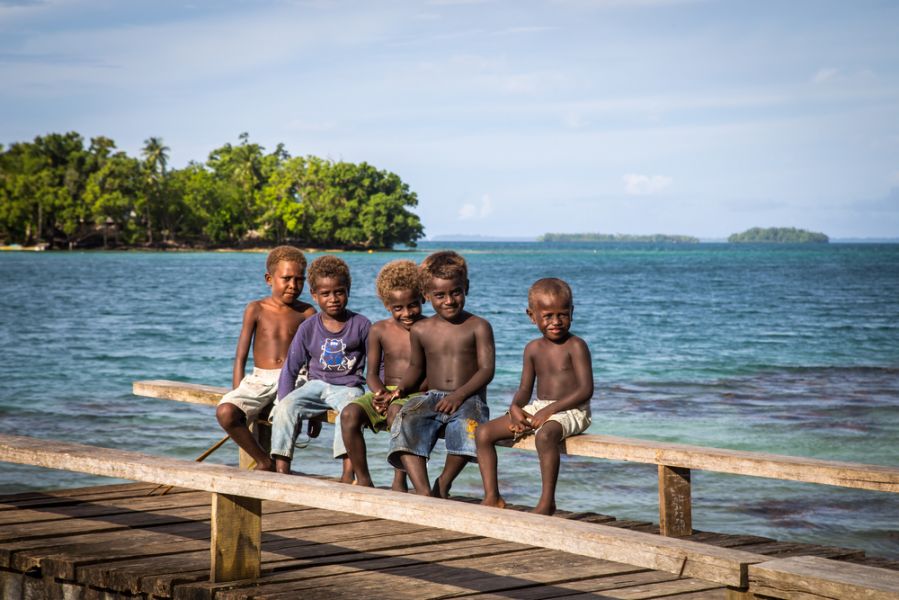 Climate change and other environmental factors are fanning the geographical distribution of Aedes mosquitos, which now play a growing role in the transmission of diseases such as dengue, Zika and chikungunya in Pacific Island countries, which are struggling to report outbreaks in the face of limited resources, logistical challenges and inadequate guidelines.

A collaborative study between AITHM and the University of New South Wales (UNSW), which set out to identify the frequency of arboviral (mosquito-borne) disease outbreaks in 22 Pacific Island Countries, discovered major inconsistencies in how these outbreaks are reported – which may jeopardise efforts to contain the diseases.

“We found that data on outbreaks are not routinely reported, nor are they reported in a consistent manner,” said JCU Associate Professor of Virology and Viral Diseases, Paul Horwood, one of the study leaders.

“The implications for this are multiple. During the acute stages of an outbreak, lack of complete and timely intelligence may delay or prevent the implementation of response measures and thereby increase the risk of local disease transmission.”

He suspects that many outbreaks are never reported.

“We know that many of these small countries probably lack the scientific researcher and laboratory capacity required to be able to confirm outbreaks of arboviruses, so they are never reported. Which means that really, we're only looking at the tip of the iceberg.”

Two Masters of Public Health students, Rosie Matthews and Ishani Kaluthotage, painstakingly reviewed more than 2000 published research articles and grey literature (such as reports produced by governments, NGOs and other organisations), searching for any references to arboviral disease outbreaks in the 22 Pacific Island countries and territories (PICs).

Their study found evidence that 104 outbreaks including 72 dengue outbreaks (in 19 PICs), 18 Zika outbreaks (in 14 PICs) and 14 chikungunya outbreaks (in 11 PICs) had occurred between October 2014 and June 2020. This is vastly more than the 65 events that were reported through scientific journals and global reporting systems in the same period.

“We found that arboviral outbreaks and the diseases they cause are much more common and widespread than was previously thought; increasing the risk that they may be spread to neighbouring countries, including Australia,” said Dr Rosie Matthews, an infectious disease registrar at Cairns Hospital and co-lead author of the study.

“The human cost of explosive outbreaks can be devastating for countries with fragile health systems,” added epidemiologist Dr Adam Craig, co-supervising author from UNSW. “In 2016-17, the Solomon Islands experienced the largest dengue outbreak on record in the Pacific. It swept through the capital, Honiara and affected more than 12,300 people, resulting in 877 hospitalizations and 16 deaths.”

Exposure to one strain of dengue does not confer immunity to other strains. There is evidence to suggest that those who have been infected with multiple strains are at increased risk of developing severe dengue infection, which can trigger life-threatening conditions such as haemorrhagic fever.

The AITHM/UNSW study found that all four dengue strains were co-circulating across the Pacific Islands region between 2016 and 2018 – a phenomenon which had been recorded for the first time just several years previously.

Papua New Guinea (PNG) reported two separate periods of co-circulation of four and three strains, in 2016 and 2018, respectively. More recent evidence indicates that several dengue strains could now be endemic to PNG – and serve as a potential reservoir for the spread of the virus to other countries, including Australia.

Forewarned is forearmed. But there is currently no standard requirement for reporting outbreaks across Pacific Island countries, according to A/Professor Horwood. It depends on the preference of the country; some outbreaks are reported directly to the World Health Organization (WHO), while others may be posted online to one of the numerous health forum sites now available.

In line with the One Health approach to disease outbreak management, which emphasises cross-disciplinary coordination, communication and collaboration, the study made several recommendations to help improve information sharing about arboviral outbreaks. These included:

Frontline health workers are key to the early detection of disease outbreaks, according to A/Professor Horwood. They need to be upskilled and provided with additional laboratory resources to screen for pathogens in country, rather than wait for samples to be sent and processed by an international reference laboratory as is currently too often the case.

“This can reduce the time taken to confirm an outbreak and initiate interventions to reduce the spread of the disease,” he said. “It is incredibly important, moving forward.”