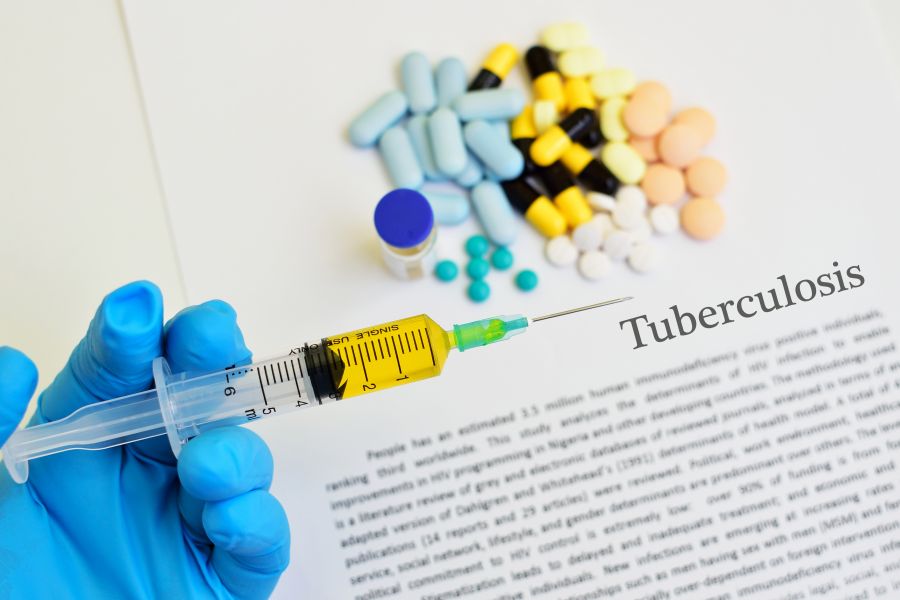 This year will no doubt be remembered for COVID-19 but 2021 also marks 100 years since the first vaccine for tuberculosis was administered.

The vaccine, known as Bacille Calmette-Guérin (BCG) was 13 years in development until in 1921, a French infant became the first person to receive the experimental vaccine, after the mother died from the disease.

The Australian Institute of Tropical Health and Medicine’s senior research fellow Dr Andreas Kupz, said although the anniversary was a cause for celebration, tuberculosis remained a global threat and a national public health concern on a scale similar to COVID-19.

Tuberculosis is listed by the World Health Organisation as the ‘big three’ international infectious diseases alongside HIV/AIDS and malaria.

Dr Kupz has embarked on a biological arms race to develop an effective life-long vaccine in the face of steadily growing drug resistance to the disease.

He said while the BCG vaccine saves thousands of children’s lives every year, in most cases it does not provide protection in adults, and so he is working to genetically enhance BCG to protect adults as well.

“The development of a new and effective TB vaccine is crucial if it is to be significantly reduced, let alone eradicated, within the coming decades.” Dr Kupz said.

“The efficacy of BCG wanes over time, and protection against TB is often lost by adolescence or early adulthood.

“Importantly, BCG fails to prevent active lung TB in adults, the most important driver of ongoing transmission and cause of death.”

Dr Kupz said 2020 has shown that pathogens can cause enormous harm to societies and economies, and he has called for more long-term funding to be made available.

“Investment into infectious disease research and vaccine development is but a fraction of the economic cost of a pandemic,” he said.

“While TB no longer has a high incidence in Australia, it is an issue in remote Indigenous communities. Papua New Guinea, Australia’s closest neighbour, has one of the highest incidences of multi-drug resistant TB and one of the lowest BCG coverage rates globally.”

Dr Kupz said the introduction of TB into Australia via the Torres Strait, with a high proportion of cross-border diagnoses in North Queensland and over-representation of Indigenous children, is a national public health concern.

“Importantly, we have seen resistance to current TB treatments increasing steadily,” he said.

“Treatment of multi drug-resistant TB is hugely expensive and can take up to two years, requiring patients to take multiple antibiotics and close monitoring.

“Now is the time to put in the financial and political will into a renewed effort into finding a more effective TB vaccine.”

Tuberculosis is caused by the bacterium Mycobacterium tuberculosis and transmission happens via inhalation of droplets and aerosols coughed up by an individual with active TB.

There are about 10 million cases of active TB annually, and it is estimated that approximately 2 billion people are latently infected. Although most latently infected individuals are not sick and do not transmit the disease, in about 10 % of these people the disease reactivates.

“It is clear that the development of an improved TB vaccine that also works in adults is critical in order to reach the World Health Organization goal of TB elimination.

“Over the past decades only about 15 new TB vaccine candidates have entered clinical trials, versus 63 for COVID-19 within 1 year.

“Many of the most advanced TB vaccine candidates from this number have not shown superiority over BCG.

Dr Kupz said despite the vaccine being 100 years old, the mechanism by which BCG works is largely unknown.

“It is unclear why, in most cases, BCG only confers protection against childhood versions of TB and why protection wanes in adolescence,” he said.

TB research and pre-clinical vaccine development is logistically challenging and requires special biological containment facilities; and the short-term and fiercely competitive environment for government and philanthropic research funding makes it difficult for academics to commit to TB vaccine research as a career path.

However, he said he was encouraged at the pace at which COVID-19 vaccine development had occurred, showing what is possible when the political will, pharmaceutical interest, and funding is there.