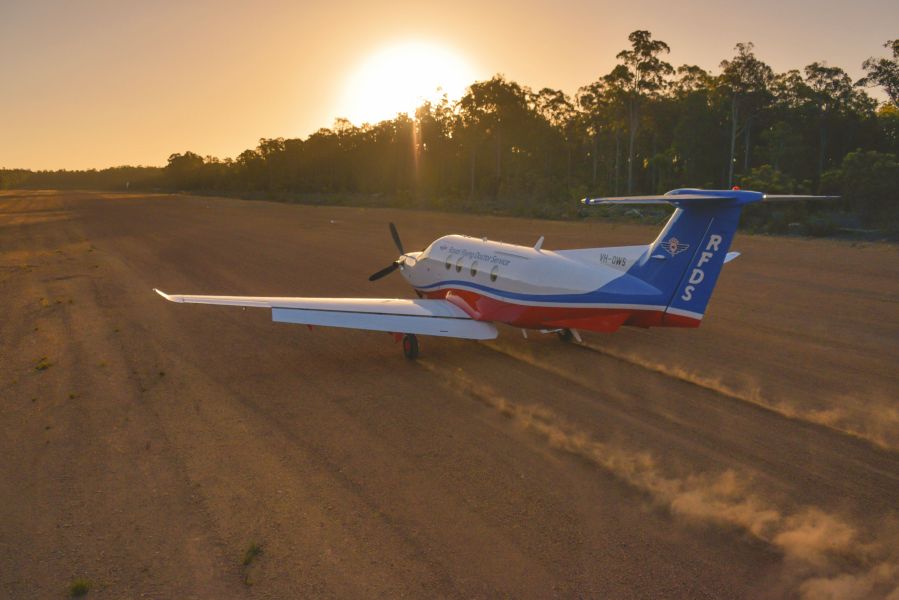 Something as small and simple as a coffee catch-up can lead to big things when the people who meet are a pair of curious and motivated researchers and clinicians, according to AITHM member Sandra Downing.

In 2018, Ms Downing, a JCU public health and tropical medicine senior lecturer led a collaborative research project with Cairns and Hinterland Hospital and Health Service (CHHHS) and the Royal Flying Doctors Service (RFDS). That project is expected to lead to a reduction in medical evacuations of pregnant women from Torres and Cape York communities, saving money and heartache.

“The story starts like this,” explains Ms Downing, “a clinician and a researcher meet in a coffee shop...”

The clinician to whom Ms Downing refers, RFDS Dr Tonya Marquardt, said she suspected women were being transferred unnecessarily for threatened preterm labour. As a nurse-midwife, now academic researcher, Ms Downing decided to ‘phone a friend’, as she describes it, at Cairns Hospital and begin a study. The hard-fought result was one of the first research collaborations between RFDS, Cairns Hospital and JCU.

Threatened pre-term labour is one of the most common reasons for obstetric transfer in rural and remote communities. The purpose of Ms Downing’s study was to determine the role a bedside clinical test – fetal fibronectin testing - could play in reducing these medical evacuations.

The research team used a chart review to gather their data. They found that, in the five-year study period, 30 of the 47 evacuations for threatened preterm labour of women from Cape communities might have been avoided if the simple testing procedure was performed routinely at the first opportunity. The team calculated potential savings greater than $200,000, taking into account the costs of medical evacuation and the inpatient nights (41) and outpatient nights (443).

“What you also need to consider are the social and emotional costs to women and families who are possibly going through a traumatic experience – medical evacuation - at a time when they would prefer to be among family and friends in their own communities,” said Ms Downing.

The results were shared among all research partners, and with the Torres and Cape Hospital and Health Service, which is now providing ongoing education to clinicians in their communities about fetal fibronectin testing, and facilitating its consistent use.