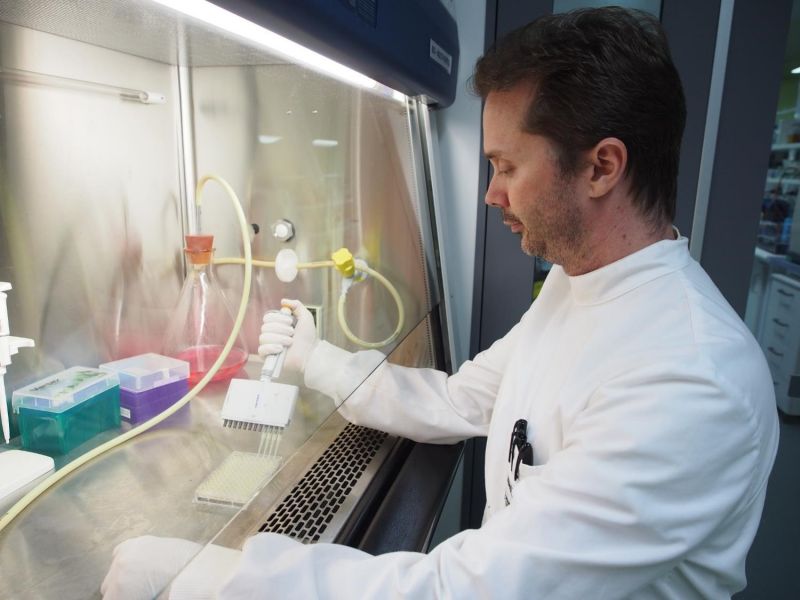 A James Cook University (JCU) team in collaboration with teams in Thailand and the USA have used technology to cripple the gene in a parasitic worm suspected of causing cancer in tens of thousands of people each year.

Dr Michael Smout, Research Fellow at JCU’s Australian Institute of Tropical Health and Medicine (AITHM), is leading the JCU component of the project.

He said the investigation focused on bile duct cancer, which is caused by eating undercooked fresh-water fish that harbour the human infective stage of a parasitic worm, also known as the Thai liver fluke.

“It’s a disease regularly found in rural regions bordering the Mekong River in South East Asia, including north-eastern Thailand and Laos, where it’s traditional to prepare dishes from uncooked or undercooked fish. The problem is that the fish carry a parasitic worm, the microscopic infective stage of the human liver fluke,” he said.

investigator Professor Alex Loukas said millions of people in the region have contracted liver fluke infection and thousands die each year as a result of the associated bile duct cancer.

“Northeastern Thailand suffers the highest incidence of bile duct cancer in the world, with up to 20,000 people a year admitted for surgery. It’s a disease for which the prognosis is woeful once you have it, commonly killing infected people within a year,” he said.

The revolutionary CRISPR-Cas9 gene-editing tool was applied to the worm – it was the first time the technology had ever been used with parasitic flatworms.

“We inactivated a gene of the worm that produces a growth factor which we suspected is involved in promoting liver fluke-driven bile duct cancer. We found that the gene-edited liver flukes had a markedly diminished ability to cause liver disease.”

Dr Smout said determining whether parasite substances such as liver fluke growth factors are responsible for or contribute to the liver disease during infection is important.

“This information could provide insights and new ideas for treatment and disease control,” he said.

Dr Smout said how and why infection with a parasitic worm leads to bile duct cancer has still not been adequately explained.

“Our results support the notion that the worm releases substances that stimulate unchecked and undesirable growth of cells, and cause excessive inflammatory responses to the infection that also damage the liver. These new findings are relevant to understanding cancers associated with infectious diseases, and perhaps cancer at large.”

He said that 20% of cancers worldwide are due to infectious agents.

“CRISPR-Cas9 is a potent tool in understanding which genes from a pathogen (such as liver fluke) are responsible for causing disease. By deleting these genes with CRISPR-Cas9, researchers can make informed decisions about the best parasite molecules for targeting when developing new drugs and vaccines.”

Video of the project here.