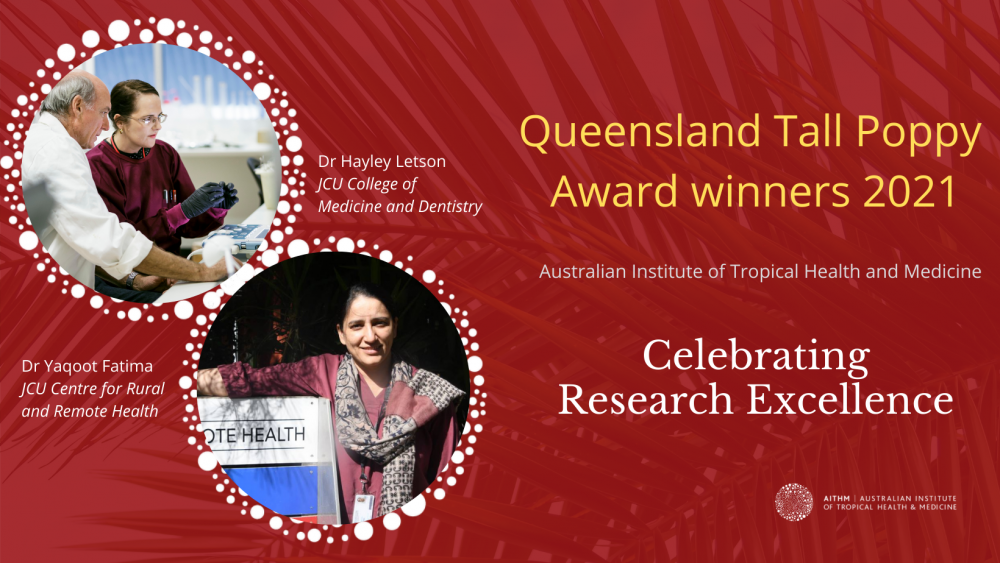 A commitment to advancing emergency medicine on the battlefield and exploring the links between sleep and health has seen two North Queensland scientists take out top honours at a major event.

Dr Letson said she was humbled to receive the award, which recognises her work in trauma resuscitation and emergency medicine.

“It was a very unexpected but wonderful surprise. From a very young age, I loved science and had a fascination with the human body and how it works, which made me want to study medicine,” she said.

“My team and I have been working on the development of a novel intravenous drug therapy called ALM (adenosine, lidocaine and Mg2+) that stops bleeding, and stabilises the heart and body.

“We are currently developing the new IV therapy for the battlefield with support from the US military, but it also has potential applications in regional, rural and remote civilian environments when there may be long delays to definitive care in hospital.”

Dr Letson said she was drawn to trauma and emergency medicine after suffering injuries in a car accident.

“As I began researching the field, I made the stunning discovery that there had been no breakthroughs and improvements in care for wounded soldiers on the battlefield since Vietnam and that became my challenge,” she said.

“Living in North Queensland, I also recognised the similarities between battlefield medicine and emergency care in the pre-hospital environment in regional, rural and remote areas.”

According to Dr Letson, bleeding is responsible for up to 40% of all trauma deaths, and up to half of these deaths occur before the patient reaches hospital.

“My end goal is to have ALM therapy in every soldier’s backpack, in ambulances, in LifeFlight rescue helicopters and Royal Flying Doctor Service planes, in rural medical centres, and in medical kits on remote stations, so that first responders can resuscitate and stabilise injured and bleeding patients, and give them a fighting chance,” she said.

Dr Fatima said she felt “felt extremely honoured” to be named in the awards, which recognised her advocacy and research to empower people for embracing sleep health, and improve access to specialist sleep services in rural, remote, and Indigenous Australian communities.

“The inherently modifiable nature of sleep and untapped potential of sleep health to improve overall health and wellbeing drew me to sleep health research,” she said.

“There has been a significant increase in the prevalence of poor sleep over the years. Unfortunately, many sleep problems remain undiagnosed and untreated due to the lack of awareness and appropriate services, resulting in a range of physical and mental health problems.

“Through sleep health improvement, we can bring positive changes in community health, wellbeing, and productivity and significantly reduce the future burden of chronic conditions and mental health issues.”

Dr Letson said budding scientists needed only to “have a curiosity about the world or its inhabitants” to succeed.

“Without science there would be no medicine, no technology, and no awareness of our environment. Science is a wonderful and rewarding endeavour but requires persistence and determination,” she said.

Dr Fatima, who is also a research fellow with the University of Queensland Institute for Social Science Research, encouraged young scientists to ask the right questions in their quest for greater knowledge.

“Great ideas and solutions come from great questions, so spend some time identifying the question or defining the problem before rushing to find the answers,” she said.

The awards are presented in each state and Territory, with Queensland’s Chief Scientist Hugh Possingham presenting at a special ceremony in Brisbane on July 21, 2021. 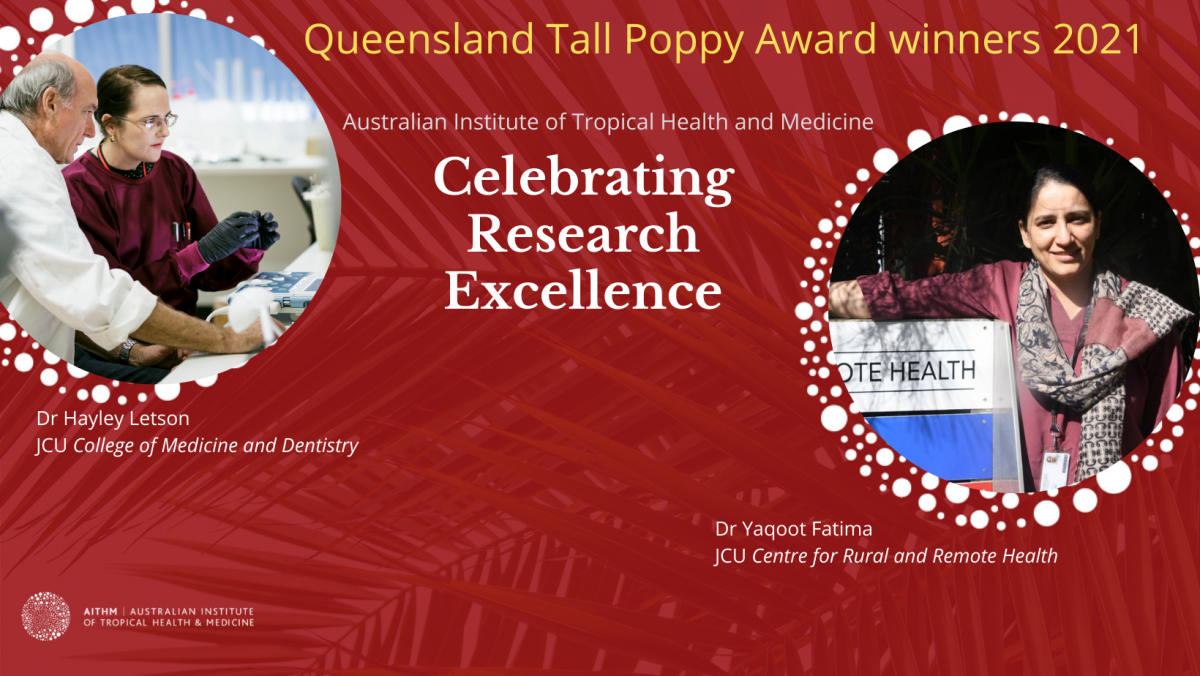