Searching for a simple blood test for stroke 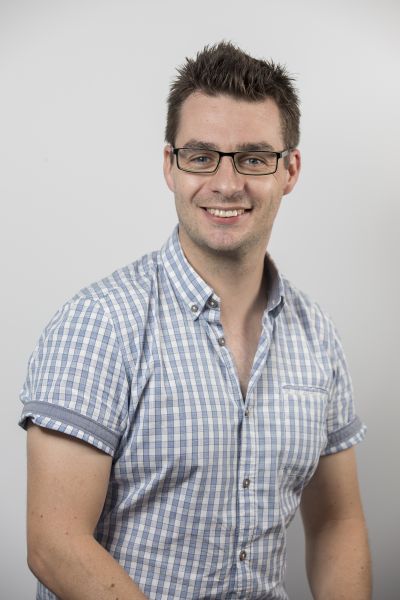 Diagnosing stroke quickly enough to start life-saving treatment is difficult, and the problem is exacerbated in rural and regional areas like Northern Queensland where it might take patients many hours to reach a hospital.

JCU AITHM Research Fellow, Dr Joseph Moxon, is working on research to develop a rapid diagnostic blood test for ischemic stroke, a condition that is difficult to diagnose quickly with current available methods.

Dr Moxon is in the midst of a clinical trial, working with nurses in the Townsville Hospital and Health Service neurology unit, to collect blood samples from suspected stroke patients, which are then tested and analysed for the presence of a particular protein that shows potential as a stroke biomarker.

“Techniques that restore blood flow for stroke sufferers must be delivered within four-and-a-half hours of the onset of stroke for the patient to have their best chance at survival and recovery,” said Dr Moxon. “But stroke is diagnosed currently with imaging and specialised examination, which can take time. If you are in Weipa and you’re nowhere near facilities that can do this type of testing, you will be very lucky to receive the treatment in time.”

“What we’re trying to do is develop a simple (blood) test that can be delivered by someone such as a general practitioner so that treatment can be started as quickly as possible; that’s the dream and the ultimate end goal,” said Dr Moxon.

Dr Moxon’s project follows on from earlier work in which analysis of data from laboratory models and patients identified a group of blood-borne molecules that change rapidly following stroke onset. The earlier study compared the blood samples of healthy people with those of people who had experienced a stroke. The researchers noticed that a particular protein associated with regulating the blood-brain barrier was found in high levels in healthy patients, but was low in stroke patients. Patients with the lowest levels of the protein were those whose outcomes were poorest.

Dr Moxon said the reason for the difference in the protein levels was unknown and he hoped to validate a relationship between the protein and occurrence of stroke using information gained from the Townsville Hospital study.

“The stroke nurses in Townsville have been the real heroes of this project so far. They are helping with recruitment of patients and collecting of samples andI cannot think of high enough praise to describe their work,” said Dr Moxon.

THHS has North Queensland’s only stroke unit, servicing an area in excess of 750,000 square kilometres.

Approximately 250 suspected stroke cases present each year to the hospital and around 80 per cent are confirmed as stroke. The recruitment phase of Dr Moxon’s project will run for two years, wrapping up in late 2019 when analysis can begin. Dr Moxon’s research has been enabled through an Advance Queensland Fellowship, which he was awarded in 2017.