Study explores how teens coped with first wave of COVID-19 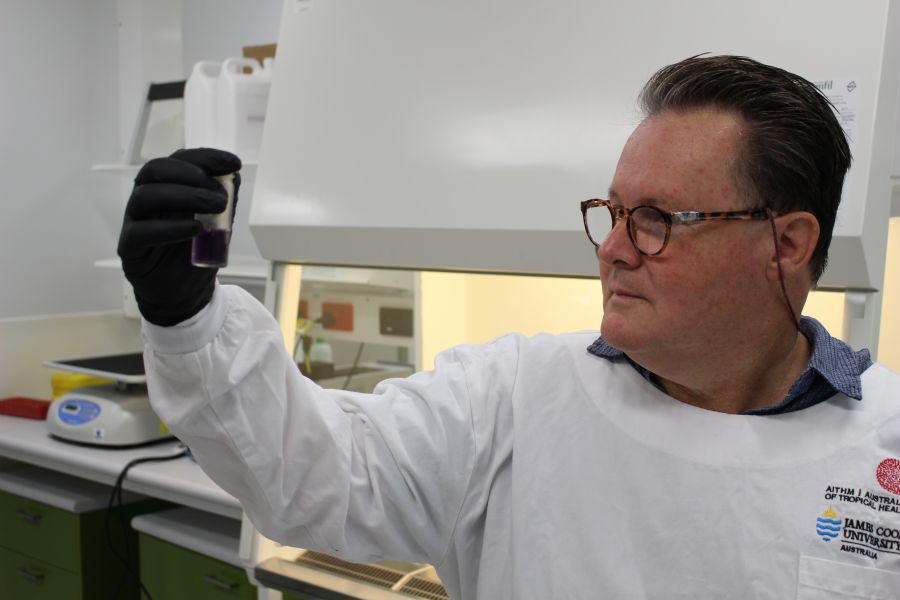 The first months of the COVID-19 pandemic took a higher toll on the mental health of teenage girls, than boys, and both regarded school as their number one worry, according to a JCU co-led study which explored the psychological impacts of the outbreak on two sets of teenagers, in North Queensland and the Canadian province of Quebec.

The study, conducted in collaboration with the Centre for Studies on Human Stress, Montreal, provided researchers with a unique opportunity to gauge differences in the gender and cultural reactions of the adolescents during the initial stages of a global threat of a magnitude that has not been experienced since World War Two.

“This generation has never seen anything like it before – and it is happening at a vulnerable stage of their lives, already associated with stressful transitions and the onset of psychiatric disorders,” observed JCU neuroscientist Professor Zoltan Sarnyai, who worked on the study with PhD student Riana Marie.

With the support of schools and parents, the study tapped into the feelings of 1326 students aged 13 to 18; 913 young Canadians, recruited online from private and public high schools, and a convenience sample of 413 students attending a private high school in North Queensland.

An online platform was established to deliver the study questionnaire, which included standard measures for anxiety and depression, as well as specific questions relating to the impact of the pandemic on the lives of these adolescents.

The Canadian survey began in April 2020, just weeks after the World Health Organization declared COVID-19 a pandemic. These students were in school lockdown throughout the study period (April to July 2020), whereas Australian participants, surveyed in July 2020, were still attending school campuses.

Professor Sarnyai said the results strongly supported pre-COVID-19 studies which found that girls experienced higher levels of depression symptoms than boys in this age group. It appears the pandemic exacerbated these pre-existing symptoms.

Girls also reported significantly more concerns about their personal health and the health of family and other loved ones, as well as personal/parental job security – perhaps influenced by the traditional female role of “care-giver”.

At the same time, Professor Sarnyai pointed out, conventional gender roles may have encouraged girls to be more open about confiding their feelings in the study, while discouraging boys from voicing their fears.

The Canadian students in lockdown reported significantly higher levels of anger, as well as greater isolation from friends. The suspension of daily school routines, and the potential consequences of disruptions to their schooling, may have fuelled these feelings, according to Professor Sarnyai.

“There is a structure to school days – and structure is related to feelings of safety,” he said. “During lockdown that structure disappears, so safety disappears as well, and uncertainty increases.

“There is also concern about the long-term consequences; what’s going to happen with my exams, university entrance, my summer internship/work experience plans?”

The ability to access friends via online media can be a two-edged sword for teens in lockdown, particularly girls. A problem shared is not necessarily a problem halved.

“It may be a problem tripled,” observed Professor Sarnyai. “Girls tend to socialise a lot more with each other; they share the good things, but also the bad. Worries circulate and multiply within their social groups. Those who complain about the same things are socially rewarded by getting a lot of feedback from others – which is not necessarily positive.”

While adolescents were still keener to socialise with friends, than their parents, the study found that closeness to family appeared to provide a buffer against the psychological impacts of the pandemic.

“Providing a safe and nurturing environment within the home is always important, but particularly so when we are dealing with the singularity of a pandemic,” said Professor Sarnyai. “Certainty within the home is needed to counteract the uncertainty of the world outside.”