The road to freedom from lymphatic filariasis 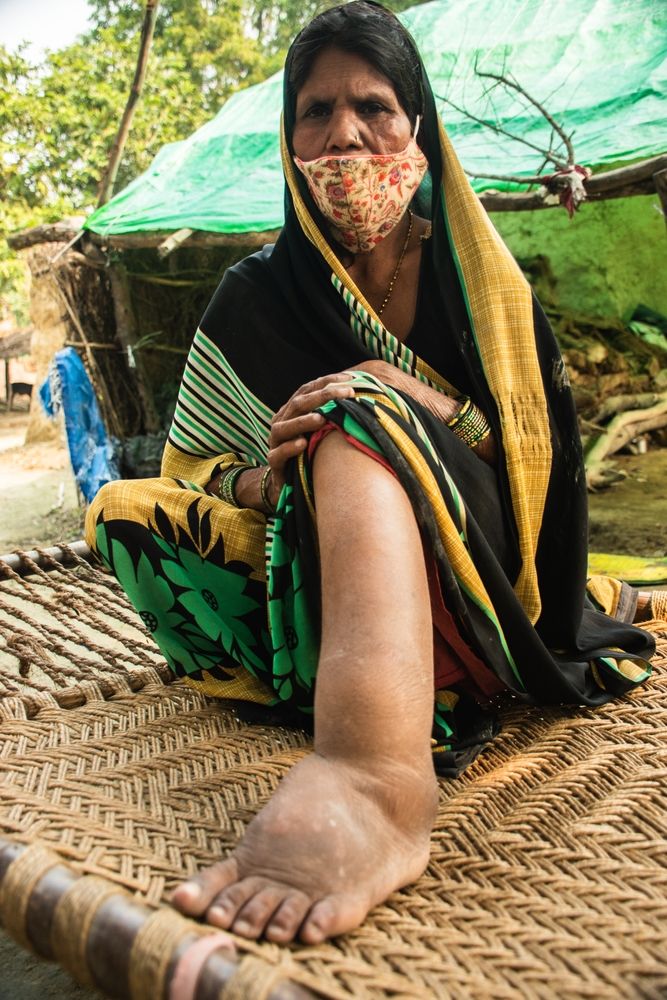 JCU epidemiologist, Adjunct Professor Patricia Graves, has spent two decades assisting Pacific nations to chart their own progress – and guide other countries – in the battle to eliminate lymphatic filariasis, the mosquito-borne disease responsible for elephantiasis, a severely disabling and incurable condition which causes abnormal swelling of body parts.

A minority of people infected with lymphatic filariasis develop limb or genital swelling. “But the true figure is hard to estimate, as the condition is so stigmatizing that people tend to hide away at home,” observed Professor Graves.

A veteran consultant in vector-borne disease control, in 2000 she started assisting the World Health Organization (WHO) initiative PacELF, (Pacific Programme to Eliminate Lymphatic Filariasis) a network formed the previous year to coordinate the efforts of 22 Pacific Island countries and territories working to eliminate filariasis.

Part of the WHO Global Programme to Eliminate Filariasis, PacELF was the first regionally targeted operation – established in response to extremely high prevalence of the disease in the Pacific. JCU has been supporting PacELF since 1997.

Unlike malaria, lymphatic filariasis can be transmitted by many mosquito species. The Aedes species found in the Pacific are particularly efficient carriers of the parasitic worms, Wuchereria bancrofti, which are deposited on the skin when the insect bites, then migrate to the host’s lymphatic system.

Implementing the WHO elimination plan is no small task. It involves the annual administration of multiple de-worming medications to entire populations in areas where infection is present – around eight million people in the Pacific region alone. This treatment regime must be maintained for a minimum of five years – the lifespan of the adult worms in the human lymphatic system – to effectively halt transmission of the disease.

“The drug manufacturers donate the drugs through WHO, so that cost is covered. But you still have staff and transportation costs to organize, deliver and document these mass drug administration (MDA) procedures,” said Professor Graves, who helped to establish the original PacELF monitoring and evaluation plan.

“PacELF recognized that the Pacific region, which includes many small, isolated countries, required additional support to implement and document the progress of their elimination efforts.”

To achieve the target goal – validation of elimination – endemic countries must supply records which confirm that they have sustained infection rates below target thresholds for at least four years after stopping MDA and are providing appropriate clinical care to all those already infected.

In 2017, Dr Kazuyo Ichimori, who championed and ran the PacELF programme from 1999 to 2006, prior to heading the global operation, retired to her home country, Japan, and donated all her records to James Cook University.

The donation spurred the university to create the PacELF Library – a collection of published and unpublished documents which would trace the history of filariasis in the Pacific, and potentially yield records crucial to countries striving for validation of elimination. This was possible through support from the JCU eResearch Centre, JCU library, USAID and the Neglected Tropical Diseases Support Center in Atlanta, USA.

Professor Graves joined forces with the library’s project manager Dr Peter Wood, a JCU scientist and Geographic Information Systems Consultant, to track down the documents. Their sleuthing took them from Dr Ichimori’s collections in Nagasaki and Tokyo, to the basement of WHO headquarters in Geneva, and WHO regional offices in Manila and Fiji.

“Records become lost in countries, because 20 years later, computers have broken down, staff have changed,” observed Professor Graves. “We actually have records that no longer exist in countries or WHO offices anymore.”

The PacELF Library database now contains around 2000 records of documents, which have been uploaded periodically since 2017 – the sixth upload occurred in June 2022.

And yes, the searchable archive has produced records which have assisted several countries keen to complete the dossiers required to confirm they have reached the point where they can stop mass drug administration. Country case studies have been described in a series of published papers.

“And then that helps other countries that are coming to that same point,” said Professor Graves. “They can see what else they need to do. A good example is Fiji, which had been struggling, but has learned from the examples of Vanuatu and other countries.”

“Once you get lymphoedema, the health system can’t do much for you. It’s basically self-care,” she said. “But there are things you can do to alleviate the progression. You have to be scrupulous about hygiene; keep your limbs clean and wear shoes. Exercise and deep breathing have also been shown to help. The problem is that people don't have access to support or information about this.”

Professor Graves and one of her former PhD students, Jan Douglass, recently established a charity, the LKN Foundation, which is raising funds to produce online self-care videos, accessible by smart phones, “which many people even in very remote areas now possess”.

The Foundation have received a $100,000 donation, which will fund the first two videos. “We hope to test and launch them online by early 2023,” she said.

PacELF Library resources:
The PacELF library can be found and searched at www.jcu.edu.au/pacelf. Some documents are freely available, while for some access must be requested. A collection of hard copy documents is housed at James Cook University's Townsville Bebegu Yumba Campus in the JCU WHO Collaborating Centre for Vector-Borne and Neglected Tropical Diseases (WHO-181) and may be accessed by request to pacelf@jcu.edu.au