The search for a better TB vaccine 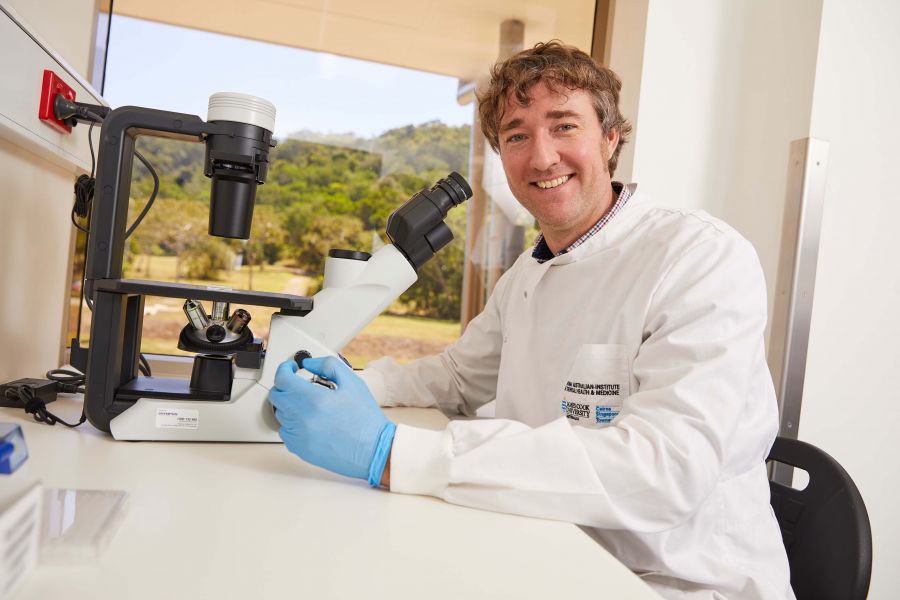 World Tuberculosis Day is held on March 24 to mark the day in 1882 when Dr Robert Koch discovered the bacterium that causes TB. Despite advances made in the antibiotic treatment and vaccine prevention of TB, it remains one of the world’s deadliest infectious diseases, with about 1.5 million deaths reported from TB every year.

Australian Institute of Tropical Health and Medicine senior research fellow Dr Andreas Kupz, is investigating how to improve the BCG (Bacille Calmette-Guerin) vaccine for TB, which has been shown to have reduced efficacy in adults.

BCG vaccinations in Australia are currently administered only to babies and young children identified as having a high risk of TB exposure, occurring mostly in Indigenous populations in Far North Queensland with close proximity to PNG, a global TB hotspot. However, a recent global shortage of the BCG vaccine has provided a unique opportunity in which to progress this research into the vaccine’s efficacy.

“Currently, BCG which was developed in the early 1900s by two French scientists, is the only licensed vaccine available for TB. Although researchers have been working on new vaccines for TB, many of which have been similar to Covid-19 vaccines in that they are based on proteins, they have not been shown to be any better than the original BCG vaccine, particularly in children at least. So, the best way forward seems to be developing something that is based on BCG but improved,” said Dr Kupz.

“Because of a global shortage of BCG vaccine occurring about five years ago, we had a situation where about 4000 children aged 0-5 in Far North Queensland, who had been identified as being in a high TB incidence area, missed out on having BCG vaccinations after birth.

“Using system immunology, we can now compare how the immune response in children changes directly after the BCG vaccination with how the immune response changes with the real infection. By doing this we are hoping to see differences that are currently not induced by BCG, but that may be important to mount an immune response to the real pathogen. The aim is to then modify BCG in a way that it will also induce those immune responses.”
“In addition to the blood samples, we are also examining nasal swabs for their microbiome, that is, the bacteria that live in the nasal passage. We are looking for any correlation between the nasal microbiome and susceptibility to contracting TB,” said Dr Kupz.

“What we really hope for is to find a number of immune pathways that are not currently induced by BCG but may be initiated after TB infection. We then want to incorporate this into improving the BCG vaccine.

“We need to find the immune pathway, then modify BCG with it, and then test it. But this long-term outcome could take anywhere from five to fifteen years to achieve. If we want to eradicate TB from the world, we definitely need a better vaccine.”