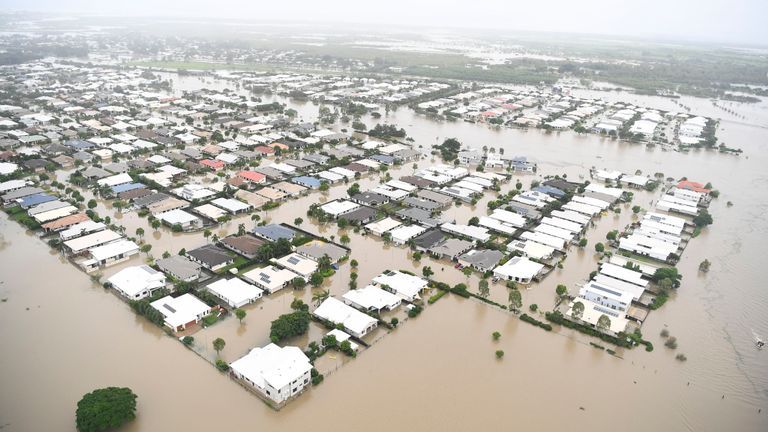 Melioidosis claimed two lives during the Townsville floods in early 2019, but the bacteria responsible for the deadly disease dwells year-round in soil, just waiting to be liberated by extreme weather, according to JCU bacteriologist, Associate Professor Jeff Warner.

With a death rate of 20 to 40 percent, melioidosis is the leading cause of fatal, bacterial community-acquired pneumonia in the Tropics, particularly the Dry Tropics, during the wet season between November and April.

Townsville usually experiences 10 to 20 cases of melioidosis per year. But the February floods triggered 22 cases within the space of three to four weeks.

“Because the water was everywhere, it is not clear where the melioidosis micro-organism, Burkholderia pseudomallei, originated. But previous research we have done in Townsville showed that run-off water from Castle Hill and Mount Stuart – that first flush of ground water following extreme rainfall – contained large quantities of it,” observed A/Professor Warner.

His interest in melioidosis dates back to the early 1990s, when he was the first to identify the infectious disease in PNG, while working for a non-government organisation developing rural laboratory facilities in the country’s Western Province. The condition was particularly prevalent in children.

Exhaustive environmental analysis, including the use of molecular epidemiology to match bacteria from local soil and plant samples with test samples from melioidosis patients, identified soil leading down to lagoon systems – where children frequently played – as the major reservoir for the disease.

“We instigated treatment protocols and education campaigns about how to reduce it. But this is a resource-poor region and it is still prevalent,” said A/Professor Warner.

Further research has shown that while the bacteria is transmitted to humans via water – typically inhaled or infiltrating the body through open sores, cuts or abrasions – it actually prefers to live in dry, infertile soil.

“Perhaps because fertile soil contains lots of other organisms that might out-compete melioidosis,” he observed.

The bacteria also likes to set up residence in certain plants. In Thailand, melioidosis commonly afflicts rice farmers. In PNG, A/Professor Warner discovered it in the roots of aquatic plants in lagoons. In Townsville and Darwin, he has found that some graminaceous (grass-like) plants don’t mind sheltering the organism.

While it’s the environment that nurtures and spreads the bacteria, the severity of the disease depends on the person who contracts it.

“People have looked at different strains of the organism thinking that some are more virulent and more likely to cause significant disease. But I think the jury is pretty much out now that the host defines the extent of the illness,” said A/Professor Warner.

“People with poor immune responses, either because they are elderly or have another condition such as Type 2 diabetes, are more likely to become seriously ill.”

Maintaining “solid good health” is a primary safeguard against the disease. Those with a weak immune system should avoid contact with potentially contaminated water during extreme weather events. Cuts and abrasions should also be kept clean and protected from contamination.

“The trouble with melioidosis is that it is the great mimicker. You can get a melioidosis skin lesion, prostate abscess, sore throat, pneumonia or meningitis. It can resemble many other conditions,” said A/Professor Warner.

“You are much more likely to get a swift diagnosis of melioidosis in a place like Townsville, and have a much better chance of survival, than if you are somewhere like Melbourne, where clinicians and laboratory staff there are not used to seeing it, which can delay treatment.”