Turning the tide on accidental drownings 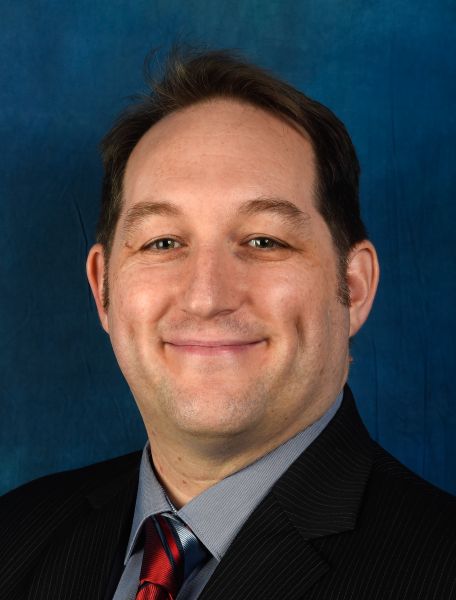 There were 249 drowning deaths across Australia between 1 July 2017 and 30 June 2018. Drowning rates are trending downwards, which is welcome news, but people are still needlessly losing their lives.

JCU Associate Professor in Public Health, Richard Franklin has spent 15 years studying the complexity of drowning; how and why do people get into trouble in water, and what does it take to save their lives?

He and his team of PhD researchers have explored unintentional drowning from a number of different angles over the past 12 months; from analysis of global trends through to the impact of alcohol on drowning deaths in Australian rivers (the country’s top drowning location) and the tragic consequences of leaving young children alone near unfenced portable pools.

They have also conducted pioneering research into the motivation and water safety skills of those who dive in to rescue others, and sometimes lose their own lives during the attempt, and have revealed that people who doubt their ability to effectively administer CPR, due to lapsed refresher training, have good reason to do so.

A/Professor Franklin, who will chair the 14th World Conference on Injury Prevention and Safety Promotion, in Adelaide, in November 2020, was lead author of a study published in the British Medical Journal: Injury Prevention, in February 2020, which tracked changes in in unintentional drowning mortality rates across the world, between 1990 and 2017.

While the global total for drowning deaths almost halved over that 27-year period, the improved results have not been uniform.

Higher income countries have reported the greatest reduction (54 percent), likely due to urbanisation (as people are less exposed to water as part of their daily tasks and open water sources are covered) and perhaps also greater investment in water safety measures. Most low to middle income countries have also made some headway.

They include four countries which accounted for half of all drowning deaths in 2017 – China, India, Pakistan and Bangladesh – but still currently lag behind the global average of 4.0 (95%CI: 3.8-4.1). While the Oceania region, which encompasses thousands of islands across Australasia, Melanesia, Micronesia and Polynesia, has recorded a staggering 80 percent increase in drowning fatalities.

Australia achieved a 23% percentage reduction in drowning death rate over the last decade, including a 45% decrease in child fatalities, likely due to the introduction of more stringent pool fencing regulations.

However, unfenced portable pools remain a major hazard, according to A/Professor Franklin, who was part of a research team which recently investigated drownings of under-five-year-olds in such pools, between July 2002 and June 2018. It was the first study of its kind in Australia – and only the second in the world.

Three quarters of the 23 children who died in portable pools during this period were aged between 12 and 23 months. None were supervised at the time. The largest proportion of drownings occurred in water 301‐500 mm (12 to 20 inches) deep, with one child drowning in 150 mm of water.

“People don't realise how easy it is for children to drown – even in shallow paddling pools,” said A/Professor Franklin. “We have been working with the Australian Competition and Consumer Commission and the Royal Life Saving Society (RLSS) to get the message out – that even portable pools need to be fenced.”

The RLSS has been a crucial partner in many research projects, including a ground-breaking study undertaken by one of A/Professor Franklin’s PhD researchers, Amy Peden, which found that alcohol played a major role in many river drownings in Australia.

The study surveyed 684 locals and tourists at four river locations in Queensland and New South Wales, over a 16-day period, using breathalysers to gauge if they were swimming under the influence of alcohol. Sixteen percent recorded a positive blood alcohol content (BAC) and seven percent were over the legal driving limit (BAC 0.05). The RLSS has since launched two campaigns to highlight the danger; “Respect the River” and “Don’t let your mates drink and drown”.

“Royal Life Saving has helped to both resource and guide a number of our research projects, contributing research questions that are of immediate relevance to an organisation striving to reduce drowning deaths,” said A/Professor Franklin.

“We add our own questions, then apply sound, rigorous academic research methods to ensure all the study results can be more widely used, and stand the test of time.”

Identifying how to better equip people to save lives

JCU and the RLSS are both keen to help Australians help themselves – and others. Last year, they undertook an Australian study to investigate what motivates individuals to risk their lives to rescue others, often family members or friends. And also what factors influence their ability to succeed. Seventeen people drowned between 2002 and 2017, while trying to rescue children, while another six died between January 2006 and December 2015, attempting to save dogs.

The research results highlighted the need to equip people from an early age – preferably during high school – with crucial water rescue skills, including an automatic mental checklist to help them quickly assess whether they have sufficient physical capacity and resources to effect a successful rescue, rather than dive in, regardless.

A/Professor Franklin also lent his efforts to an International review which evaluated more than 35,000 people to find out how long they retained adequate CPR skills, after training. It was then followed by the largest ever Australian study of CPR skills which identified that people who doubt their skills, usually do lack the ability to perform effective CPR, it also found that the decrease in skills due to time elapsed since their last training was mediated by the number of times people had been trained.

The research results indicated that while any previous CPR training was better than none, skill levels began to deteriorate within three months of tuition. Ideally, a refresher CPR course should be undertaken annually. A/Professor Franklin would like to see a current CPR certificate become mandatory for the renewal of driver licences. He believes it is a crucial skill, particularly for those living in rural and remote areas, where ambulances may be some distance away.

“We know that in rural areas, it takes emergency services longer to get to you,” he said. “First-aid skills, including CPR, can be really important to help people survive; not just drowning victims, but also to assist an aging population, at heightened risk of cardiac arrest.”

His work continues to save lives, especially for those living in rural and remote Australia and the Tropics.  We look forward to seeing his next lot of research and hearing about the partnerships that are working towards a safer future.