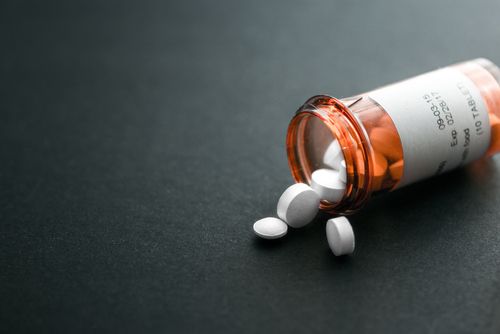 The Australian Institute of Health and Welfare 2016 National Drug Strategy Household Survey revealed self-reported use of new and emerging psychoactive substances had more than doubled in three years, from 0.4 to one percent. These substances are now being added to better-known illicit drugs, along with other adulterants, expanding the chemical minefield for users.

When JCU social epidemiologist, Professor Alan Clough, heard reports of unusually violent behaviour in methamphetamine users in North Queensland, he decided to investigate – triggering an Australian-first study into the full contents of illicit drugs seized by state police. It found many were laced with other substances, creating unpredictable multi-drug cocktails.

They identified a total of 52 added substances/impurities in the drugs surveyed, ranging from seemingly bizarre additives such as an animal worming treatment and an erectile dysfunction drug through to novel psychoactive substances (NPS) – emerging designer recreational drugs.

The two most commonly seized drugs, methamphetamine (6608 samples) and MDMA (1232 samples), contained the largest variety of impurities; 22 and 18 respectively. These two drugs, as well as the opioids, morphine and heroin, were laced with a range of NPS.

“We found methamphetamine, for example, was cut with common recreational drugs such as ecstasy, cocaine and heroin, but also with complex NPS such as 25C-NBOMe, a strong hallucinogen which can have serious toxic and even lethal effects,” said Professor Clough.

From 68 to 70 percent of samples of cocaine, GHB, and the hallucinogen, 2C-B, were also highly adulterated drug cocktails.

While some substances are incorporated as bulking agents/used to dilute drugs to maximise profits, Professor Clough believes NPS are being experimentally added to the mix by drug manufacturers seeking to create new niche markets for their products.

Little is known about how adulterants, including these new NPS, interact with each other. Users are likely to be unaware of the combination of drugs that they are taking. They can be caught off guard by unexpected symptoms.

“There is likely to be increased incidences of overdose and other adverse clinical outcomes, including behavioural changes which cause a lot of people grief and fear,” said Professor Clough.

He believes there is a strong case for pill testing programs at music festivals and other major youth events, and would also like to see more resources for harm minimisation drug and alcohol groups actively working with youth, striving to raise awareness of adulterants in illicit drugs.

While the internet and social media are facilitating the marketing and even manufacture of drugs, fostering rapid uptake of new substances, Professor Clough thinks they could also prove valuable tools to engage and alert youth to the dangers of adulterated drugs they may encounter.

He would like to continue investigating parallels between changes in drug-induced behaviour reported by Queensland hospital emergency departments and the chemical components of drugs seized by the state’s police. Time is of the essence.

“If we knew these drug cocktails were potentially already out there in the marketplace, we could predict the harms before they happen; try to raise public awareness, as well as alert hospitals and other emergency services.”