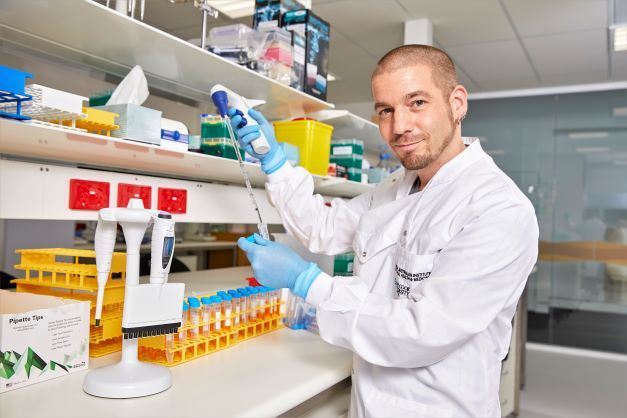 Australian Institute of Tropical Health and Medicine immunologist Dr Roland Ruscher will use a new grant from the federal government to help unlock the secrets of colorectal cancer and the currently incurable Inflammatory Bowel Disease (IBD).

“The peak onset age of IBD is in early adulthood, while colorectal cancer predominantly affects people over 50 years of age. Both conditions are associated with the malfunction of immune cells in the gut named intraepithelial lymphocytes (IEL) that help protect the body from infection.”

Dr Ruscher said how gut immunity fails in the context of age is poorly understood.

“My working theory is that IEL in younger people are prone to overactivation, tipping them from a regulatory towards a tissue-destructive state that helps cause Inflammatory Bowel Disease, while during old age their functionality decreases, rendering intraepithelial lymphocytes less effective at eliminating cancerous gut cells,” Dr Ruscher said.

The Australian Government’s National Health and Medical Research Council (NHMRC) has just granted Dr Ruscher more than $600,000 to test the theory over the next five years.

He said the research will establish parameters of the intestinal immune system over different stages in life.

“By the end of the five years, I will have answers to longstanding questions about IEL and their roles in age-associated diseases. My vision is to advance the understanding of IEL at different life stages, with the overarching aim of significantly improving treatment for Inflammatory Bowel Disease and colorectal cancer.”