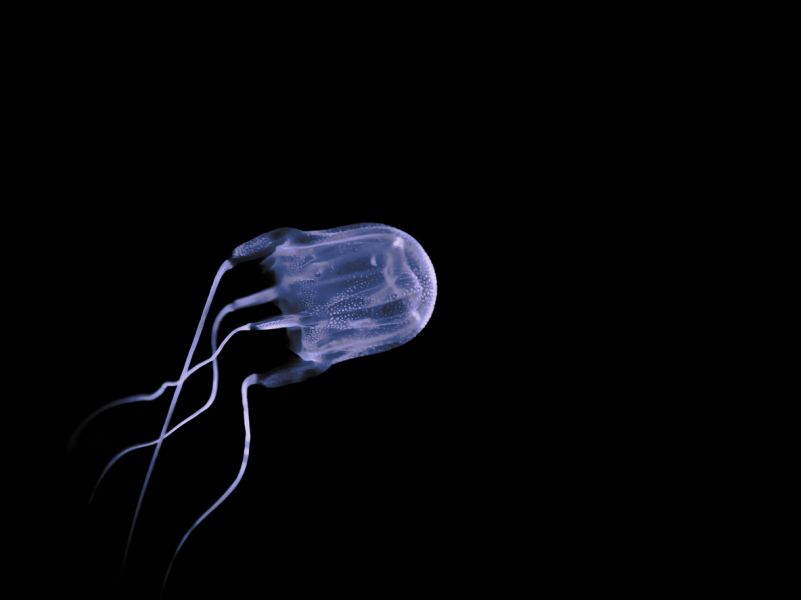 Found in coastal waters across the northern half of Australia, the Box Jellyfish species, Chironex fleckeri, contains one of the most deadly venoms in the world. It can kill a human within 10 minutes. The efficacy of the current antivenom therapy is under doubt. Greater knowledge of the venom components inflicted by the jellyfish sting – and how they wreak havoc – is essential to develop a new, rapid-acting treatment.

JCU PhD researcher, molecular biologist, Athena Andreosso, has completed the first structural analysis of a Chironex fleckeri venom toxin, confirming its ability to create pores (holes) to insert itself into the membrane of human heart cells, which is thought to trigger rapid cardiovascular collapse.

She has also traced the “cellular death pathways” of three venom fractions (components), two of which were previously believed to be cardiotoxic – more damaging to the heart. She discovered both are actually a menace to several types of cells, including blood and skin cells.

Dr Andreosso’s structural analysis of the jellyfish toxin, CfTX-1 provided experiment-based proof that a 2007 JCU study was correct in predicting that two particular regions in this toxin appear to be involved in pore formation.

Human and other animal cells are covered in a membrane with a bilayer of lipids (fatty acids). Sometimes, this membrane can be breached by peptides, particularly those that possess a helix structure which can enable them to span cellular membranes. This may create pores that threaten the cells, by allowing molecules from the outer environment to enter uncontrollably.

In the laboratory, Dr Andreosso used synthetic chemistry to reproduce peptides from both protein regions in the toxin, then utilised Nuclear Magnetic Resonance spectroscopy to analyse their structure. She found both peptides contained the tell-tale helical structure.

Wrangling information from Box Jellyfish venom is not for the faint-hearted. Collecting, extracting and assessing the biochemical properties of the complex toxin proteins is challenging on a range of levels.

The protein composition and potency of the venom vary.

“The venom varies depending on geographical location, year of collection and size of the collected animals,” she said. “So essentially it is really hard to produce consistent results in this field, because you are continuously working with different material.”

Dr Andreosso hopes her research findings will provide a baseline for future structural studies on Chironex fleckeri venom toxins – and new methods to counteract them.