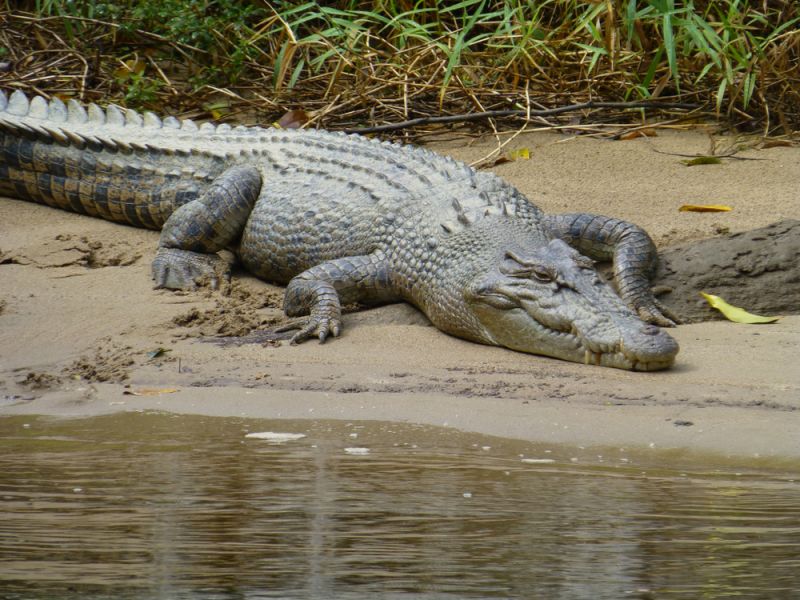 His PhD thesis, completed in 2020, not only discovered more than 20 new food allergens, now registered with the World Health Organization, but a cross-allergy link between crocodile meat and fish.

Fish allergies pose a potentially lethal threat to an estimated 250,000 Australians, and millions of others worldwide.

“When spotting a croc on the plate, the immune system of most fish allergy sufferers would recognise crocodile as just another kind of fish, triggering an allergic reaction,” said Dr Ruethers.

The discovery of Fish-Crocodile Syndrome was published earlier this month in the prestigious journal Pediatric Allergy and Immunology.

Mapping the cross-allergy relationships of ever-expanding alternative food sources has taken Dr Ruethers farther afield. In 2021, he was appointed a Research Fellow in Human Health and Aging, at JCU’s Tropical Futures Institute in Singapore.

However, he continues to work closely with Professor Andreas Lopata, leader of the  Molecular Allergy Research Laboratory (MARL) based at JCU in Townsville, on food safety problems in Singapore and elsewhere in the Asia-Pacific region.

“Singapore is heavily dependent on imported food; they currently import about 90 per cent, but wish to reduce that to about 70 per cent in the next few years,” said Dr Ruethers.

“Efforts to boost domestic (urban) production now include investment in alternative proteins, alternative foods. And that obviously is linked with novel challenges in terms of food safety. JCU is providing research support.”

Edible insects, including crickets, black soldier flies and mealworms, could be key to feeding the estimated 9.7 billion people on Earth by 2050. More than two billion people already eat insects daily. Now they are increasingly being evaluated for mass production as alternative protein sources/additives to commercial food products world-wide.

But there is “a fly in the ointment”. There is already a well-established molecular link between dust mite and prawn allergies. JCU PhD candidate Shaymaviswanathan Karnaneedi, based at MARL, is currently exploring cross-allergies between crustacean and insect consumption.

“Insects look very similar to crustaceans, from the immune system’s point of view. So basically, people who are allergic to prawns and other crustaceans could be at risk of an allergic reaction to foods containing insects,” said Professor Lopata.

When it comes to ascertaining the safety of alternative foods, allergy researchers such as Dr Ruethers will continue to vet the menu.

“Food innovations and novel foods are urgently needed for a sustainable, secure food future and are certainly beneficial, but could add unknown risks to human health,” he said.

“Scientific research provides the foundation for evaluating both, which is critical for enabling all consumers to make informed and responsible dietary choices.”